"It didn't even smell like weed." So reports Journal freelancer Zach St. George, who this afternoon trekked up to Arcata's Redwood Park expecting to find a swaying herd of glassy-eyed stoners and instead found bored APD cops.

What happened? This is supposed to be, like, the stoner's choicest locale on the stoner's unofficial holiday, right? Hell, just last year we were named America's Most Stoned Community (though they somehow missed the bullseye by about seven miles). Where is everybody?

Reportedly the cops just wanted to know if this guy's puppy was registered. 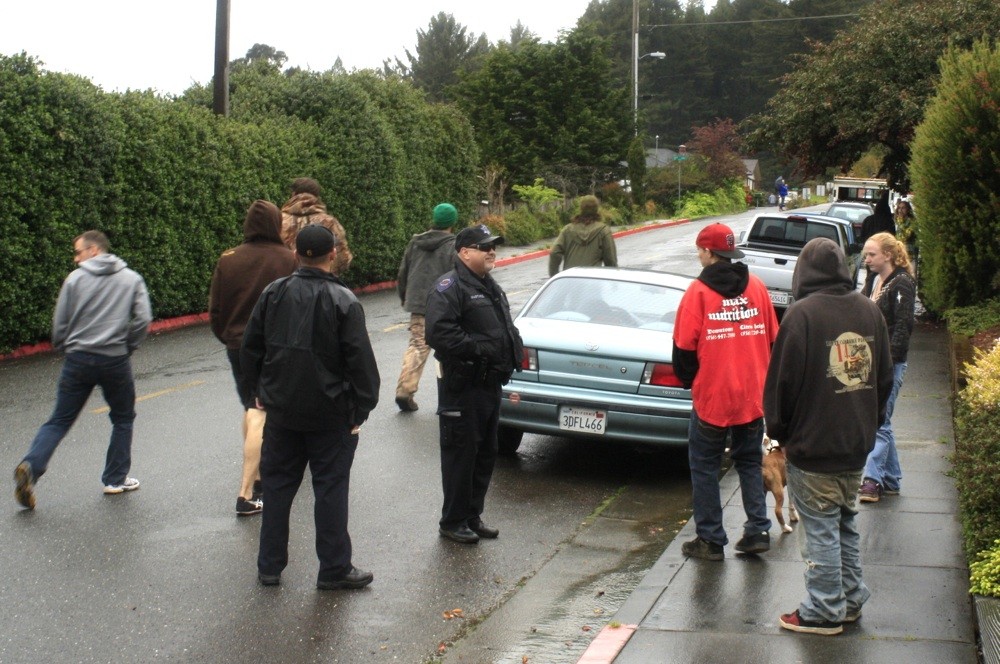 Police standing by barricades -- yes, they barricaded a public park -- told the trickle of hoodie fan club members that the party of the past had been canceled. Evidently that proclamation, along with the drizzly weather, effectively harshed Arcata's collective high. Or at least scared it indoors.

One officer warned the would-be revelers about the smell up in the park -- the field was freshly fertilized with manure, he said.

Police patrolled the park perimeter in pairs. A few determined potheads cautiously made their way into the trees, bitterly eyeing the cops gathered under the awning of the Redwood Lodge. Surreptitiously, the made their way up the sodden path and bravely staged their protest against our country's hypocritical, like, bullshit oppressive laws, man.