Zen and the Art of Summer Crabbing 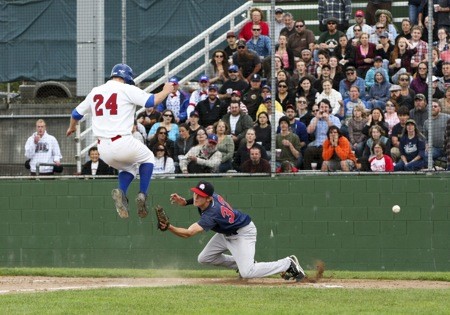 Got crabs? Journal interns and Venatore Media upstarts Travis Turner and Preston Drake do. They attended the Humboldt Crabs season opener on Saturday, snapped some photos, mined the depths of their souls and filed the following report:

"Baseball is one of the most beautiful games. It is. It is a very Zen-like game."

The Arcata Ballpark was filled with over 1,000 people cheering, booing and sloshing beer on each other as the Humboldt Crabs won their opener against the Fairfield Indians 10-2, then went on to sweep the three-game series. What is this phenom in Arcata?  What is the draw of Crabs baseball? Why should you attend?

For some it is the logic of the game.  The right angles of the diamond carved into the freshly mowed grass attract your sensible types. The baselines that reach out across the outfield toward the foul poles give those right-brained baseball connoisseurs structure and definition. The thousands of little statistics of the game are like sugar to ants to baseball fans. Throw in the rows of lights hanging above the field in tight little clusters and the bleachers in neat rows and any person with a case of OCD can comfortably admire the games nuances.

For some it is a very Zen experience. You can see that eastern philosophy in the way a batter struggles to stay in the moment, his eyes attuned to every movement of his opponent. He drowns out the crowd and moves into a place where time and distractions do not exist.

Sound too mystical and romantic for you?

Some think that watching a ball game is like watching moving art. A pitchers windup is graceful and controlled. The batter stands, bat held high, arms and elbows akimbo like a samurai. His shadow tracing behind him. The first baseman turns toward the batter and shoves his glove forward while bending his knees. Outfielders roll onto the balls of their feet and rock back and forth.  The shortstop and second baseman get ready to field or cover the base, depending on which way the ball moves. The swing of the bat is a combination of grace and form. The resounding crack of leather ball meeting wooden bat can be uplifting or devastating, depending on where you're standing in relation to home base.

What about the simple satisfaction of watching a community sponsored event? At a Major League Baseball game you have long lines, parking nightmares, $10 beers, a sea of anonymous faces and ticket prices that can leave you wishing you'd stayed home.

At the Arcata Ballpark ticket prices are under $10, you can park almost anywhere and walk, beer lines are short, the hamburgers are tasty and the ketchup never seems to run out. The toilets are clean too.

All of these things and more can attract a spectator to a local ball game. The people sitting next to you are your neighbors. They pack your groceries, tend cattle and teach journalism at HSU (the sometimes snarky Media Maven was spotted and is known to be a big fan). You can scream at the umps, yell at the away team's coach along the first-base line and watch as grown men slobber and spill beer while screaming, "DIRT BALL!"

It's pure unadulterated fun, any way a spectator wants to slice it. Plus, you can see a few people you know and drink ice-cold beverages that will enhance your commentating skills.  What more can you ask for? 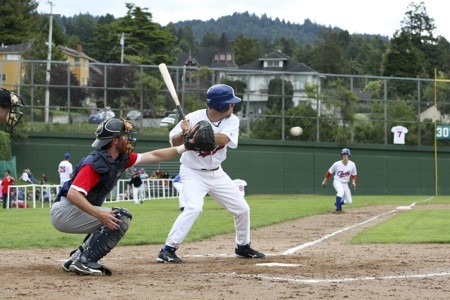 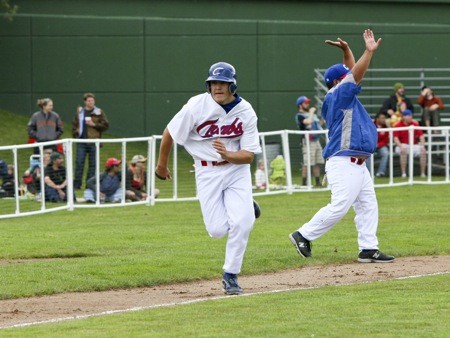 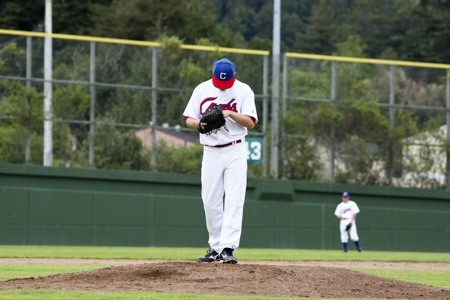