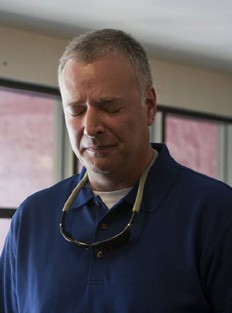 In an interview with Chilean newspaper El Patagón, Marcos Pedreros says that, prior to her arrest, his sister Claudia had been suffering domestic abuse from her husband, Robert Parker, and her father-in-law, Robert Parker Sr.

Claudia Pedreros, 30, has been charged with murder and child endangerment for allegedly drowning her 2-year-old daughter Sophia in the Trinity River last month.

Marcos Pedreros, an Army officer in Chile, says in the story that his family only recently learned of the abuse Claudia was receiving. According to the report, Marcos says he called his sister two weeks before Sophia's death and she confessed that she was having trouble in her marriage, but that the trouble was being resolved.

Marcos Pedreros is quoted as saying that he and the rest of Claudia's family in Chile had been trying to get her to return to her home country with Sophia, but that Robert Parker would not allow it. She had proof of his abuse on her cell phone, he says, though he's not sure if that proof still exists.

In an email to the Journal, Marcos Pedreros said that he is coming to Humboldt County later this week to help his sister and to present evidence that has yet to be revealed.

In a phone interview this afternoon, Robert Parker declined to comment specifically about the allegations. "I'm not going to respond to his claims or anyone else's claims at this point," Parker said. "I don't have the energy to respond to every opinion. I would rather respond to him [Marcos] personally, to give him that consideration."

He denied that Claudia was considering moving back to Chile permanently, and he reaffirmed his feeling for Claudia. "I love my wife very very much," he said. "I stand by her, and I maintain that."