Birth of a Carson Nation

Here is the episode description from the OWN website:

Carson Nation
Eureka, CA
Carson is in Eureka, making over Kongmany, a bride-to-be battling Lupus; John, a tattoo artist who needs to reconnect with his wife; and Bobi, a Coast Guard medic who lost touch with her feminine side while working in a man's world.
PG, CC

The site also includes a show trailer. It mostly features scenes from future episodes but does include a brief shot of a Eureka man crossing the street in a hat Carson finds rather unfabulous.
However, savvy Humboldtians should note a bit of TV trickery. The man is crossing on 3rd between H and I sts wheras Carson makes his hat crack in a car clearly driving past the Starbucks on 5th. Could it be that Carson's clever, catty critiques are contrived? Ahh!

You be the judge by watching here.
And tell us who the dude in the hat is! He should be allowed an opportunity to defend his fashion choices, right? 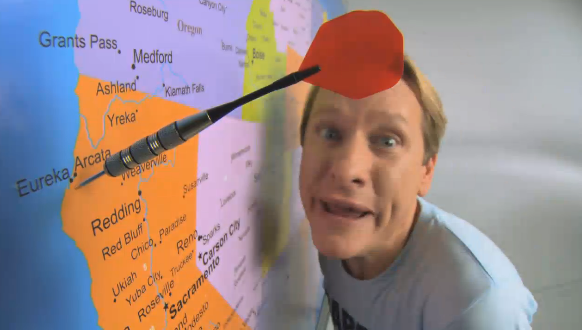