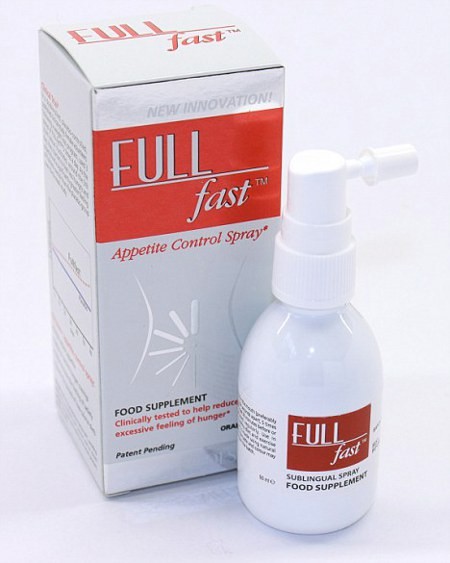 We get how this works! It's easy: Just spray summa that magical "Klamath algae" into your maw and nobody will want to ask you out to dinner anymore, or even welcome you at the home table. Presto! Your diet begins. (Alternatively, and just as good a method: If you get the wrong Klamath algae, the dog-poisoning kind, presto! No need to diet anymore.)

OK, that's not actually what the following handydandy "news report" from the Daily Mail in the UK says about the new supposed appetite-suppressant mouth spray "Full Fast" which contains the "secret ingredient" Griffonia and...

"... Klamath Algae, said to have positive physiological effects on mood and Guarana, a stimulant which is twice as powerful as caffeine."

Wowza. Probably's got electrolytes, too. (Also, the news report doesn't talk about that other, dog-killing kind of algae, cuz it's a totally different algae. We were just kidding. It's not part of Full Fast. Probably doesn't taste as good either.) Anyway, the report quotes a study by the International Journal of Obesity that found that the overweight women who sprayed the gunk into their mouths felt less hungry after just five days.