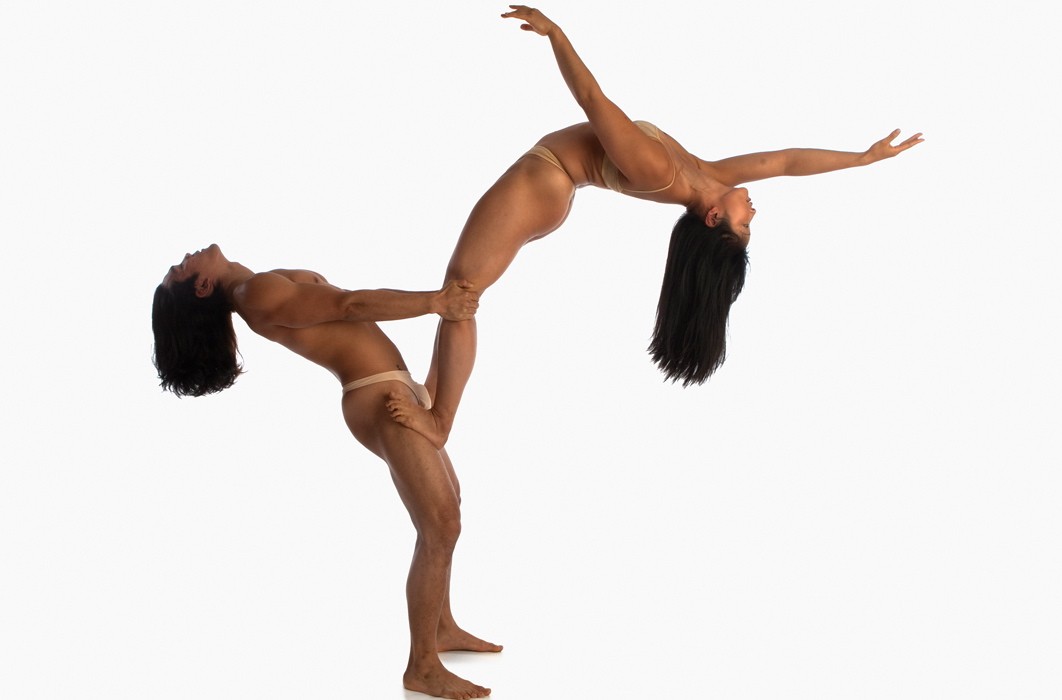 Horizontal became vertical, electricity became visible and chairs morphed into the only solid ground in a slippery world on Tuesday, when Pilobolus dancers leapt, slouched and spun across the Van Duzer Theater stage.

The Connecticut-based troupe reached into a repertoire that spanned most of its 40-year existence and pulled out one dazzling winner and mixed assortment of lesser efforts.

High point: "All is Not Lost," with its camera under a raised, transparent platform, showing dancers from the soles of their feet on up. Playing with that tilted perspective, dancers seemed to swim and bobble through empty air. (A somewhat different video version is here.) "That was awesome," the kid behind us kept saying over and over.

Less awesome: "Megawatt," a twitchy, electricity-inspired work that could have been subtitled "Just how ugly can we make highly trained, superbly athletic bodies in motion?" Pretty ugly. But the thing was ambitious, and that seemed to be enough for crazy-happy applause from a near sellout crowd of 750 or so.