Guest Post: Occupy Wall Street: The face of the 99% 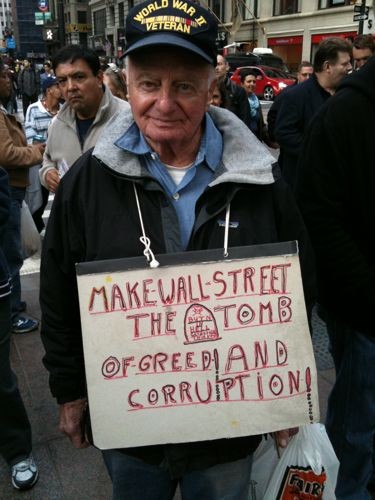 The following comes to us from Meghan Vogel. Meghan was born and raised in Eureka, but now lives in Arcata after bouncing around the West Coast. She holds a degree from UC Berkeley, is the proud mother of Audrey Luna Vogel and plans on Occupying the world for as long as it takes. She encourages you to check out www.occupytogether.org

I used to care. I used to watch the news. Hell, I used to even be semi-involved in local politics, but I had given up years ago. The news made me angry and sad. I had become content to occupy my own personal bubble.

With the financial backing of a Humboldt benefactor, I occupied Liberty Plaza, aka Zuccotti Park, aka Occupy Wall Street, from Oct. 19-26. I met dozens of remarkable folks while sleeping on cardboard (one night I slept on a piece of cardboard that had the preamble to the US Constitution written on it).They came for many reasons: Student loan debt, universal health care, end the wars, end the Fed, disappointed in Obama, Wal-Mart treats their workers like dirt, Verizon treats their workers like dirt, up with unions, down with greed. 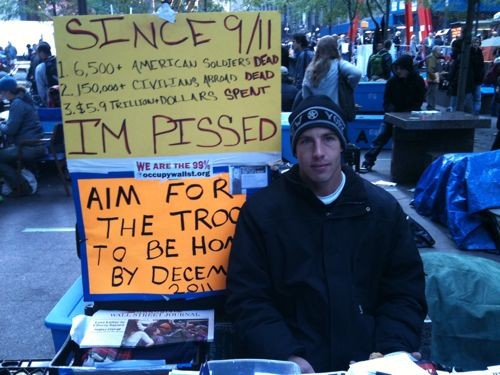 Among those who stand out: John Hector, 25, Navy Reserves after two tours in Iraq where he lost friends, a mechanical engineer trying to find a job in a bleak recession back in the civilian world. John lives in Brooklyn, and he gets stopped and frisked by the police on an almost weekly basis. Now he’s leading marches that protest arbitrary police stops. Oh, and did I mention John just happens to be black? Apparently that’s still a crime in 21st Century America.

I also met my long-lost Irish grandfather: 72-year-old John O’Conner, on his way to his 59th   annual Catholic grammar school reunion. He was just in town for the day, but as a former union man and self-described “hooligan,” he needed to go Occupy Wall Street. He yelled to the masses, “God bless you for what you are doing!” 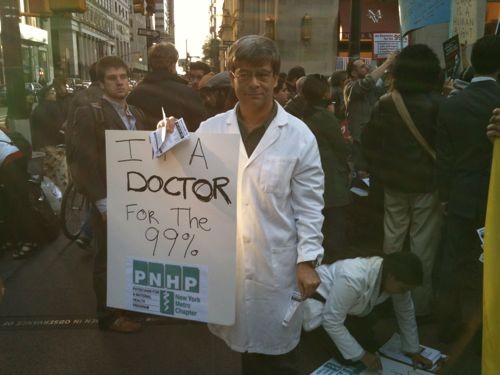 Then there was by new best friend and hardworking single mama/sister-in-arms Zizi from Iraq, who served me coffee from her cart ‘round the clock and called me “sweetheart.” After a few days, she was rocking a sign that read, “From Tahrir Square to Wall Street!”
The roll call of anger and hope was multiplied with each new arrival. There was the night dozens of families from Parents for Occupy Wall Street stayed in Liberty Plaza. There was the young woman with engineering and science degrees who may face eviction from her apartment because she can’t find a job and can’t afford her $600 per month student loan payments.

And there was Hazel, an unemployed-for-three-years social worker in her early 60s. She now gets by as a babysitter for the kids in her apartment building. One day, as I was holding my “Mothers for Revolution! Food and Healthcare for America’s Kids NOW!” sign, she approached to ask where the donation tables were located. Smartly and conservatively dressed, Hazel clutched a brown paper sack full of a few snack items. As I led her through the organized chaos toward the Food and Comfort stations, I saw her jaw drop.

“This is a whole new world everybody’s creating,” she said. 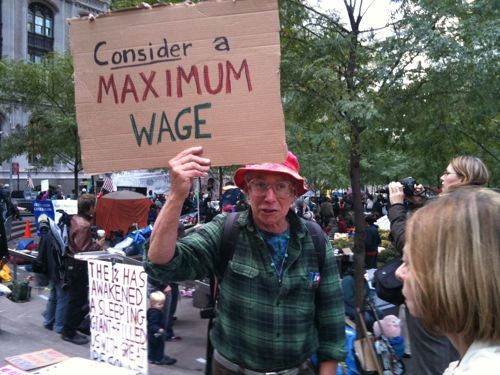