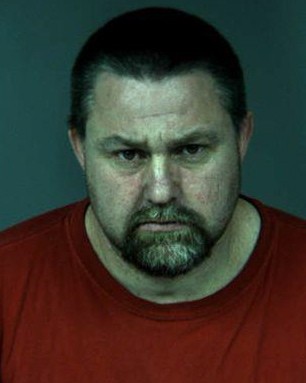 On 03-06-2012, approximately 9:30 a.m. a deputy sheriff working undercover assigned to the Humboldt County Sheriffs Office Community Response Unit met with two suspects at the corner of F street and Harris Street, Eureka. The deputy was meeting with the two suspects after one of the suspects, Jason Cecil Bacon, 41 years old from Eureka, attempted to buy a motorcycle using marijuana. Jason called an online ad for a used motorcycle that was for sale and offered to buy the motorcycle. Jason asked the seller, who turned out to be a non-sworn employee of the Humboldt County Sheriffs Office, if the employee would accept $8,000.00 worth of marijuana in exchange for the motorcycle. The seller turned the case over to the Sheriff’s Office Community response Unit who set up an exchange.

When the undercover deputy met with Jason Bacon in the parking lot, he took him to a pickup truck being driven by his father, Raymond Edison Bacon, 57 years old, also from Eureka and they showed him approximately one and a half pounds of marijuana bud. As soon as the deputy was shown the marijuana he signaled deputies waiting nearby, along with officers from the Eureka Police Problem Oriented Policing Unit who drove into the parking lot and arrested the suspects.

After the suspects were arrested the deputies obtained a Humboldt County Superior Court search warrant for their residence in the 3600 block of Williams Street, Eureka. After the warrant was obtained Community Response (C.R.U.) deputies and Problem Oriented Police (P.O.P)  officers searched the residence.
The deputies and officers located over 300 pounds of dried marijuana, eleven firearms, one of which was confirmed stolen, 49 grams of methamphetamine, 2 ½  pounds of concentrated cannabis (Hasish) and a stolen quadrunner.

Jason and Cecil Bacon were booked into the Humboldt Correctional Facility on cultivation and possession for sale of marijuana. Their bail was set at $25,000.00.  Both suspects were immediately transported to jail after their contact with the undercover deputy, and bailed out before the additional charges could be filed. The case is being referred to the Humboldt County District Attorneys Office with a request to file additional charges of possession of concentrated cannabis, possession of methamphetamine for sale and possession of stolen property.