EPD Goes Through the Roof... 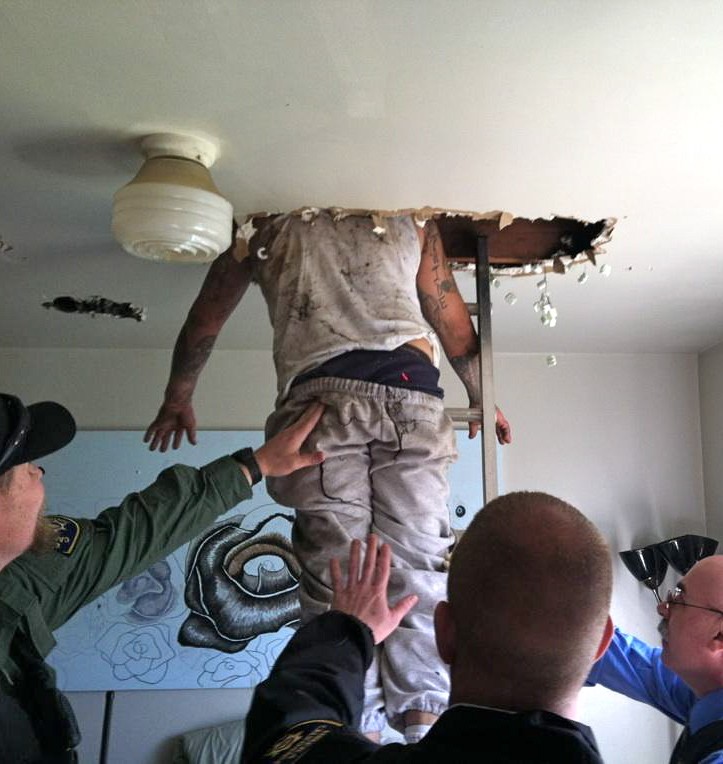 On 3/08/12, at around 11:00 AM, investigators with the Eureka Police Department’s Problem Oriented Policing Unit responded to a residence in the 3300 block of G Street, Eureka to look for a wanted fugitive.  POP had received information that a parolee-at-large, Michael Wayne Brissette (age 37), was staying there.  Brissette had a felony warrant for his arrest alleging violation of his parole.  Brissette was reportedly considered a high risk offender and he’d been on the run for approximately 10 months after cutting off his GPS ankle monitoring bracelet.  He also had a prior history of resisting officers.

Upon arrival at the house, Detectives contacted an adult female resident who was on searchable probation along with two small children and two adult male visitors.  The children and adult males were sent away while detectives searched the residence.

Detectives found drug use paraphernalia along with a small quantity of methamphetamine in the residence.  However, initially they could not locate Brissette.  When the detectives started to check the attic they heard movement above the ceiling and someone tossed down a hypodermic syringe and other items through the closet attic access hole.

Detectives confirmed Brissette was hiding in the attic and they attempted to talk him down.  However, Brissette refused to communicate with the detectives or exit the attic.  Officers repeatedly deployed chemical agents into the attic with no effect.  At one point, Brissette broke a hole through the ceiling.

Additional EPD officers and detectives were called to the scene and an approximately 4 hour stand-off ensued.  An EPD police K-9 team was also called to the scene along with the Eureka Fire Department.  Over the next approximately 4 hours, officers unsuccessfully attempted to negotiate with Brissette and convince him to surrender peacefully.  Apart from yelling “run mother f---ers run” at officers on one occasion, Brissette would not speak with negotiators.  There was no indication Brissette was armed, though this possibility was a concern due to the risks involved with sending officers into the attic after him.

Humboldt County Sheriff’s Department deputies responded to assist with additional equipment.  Deputies deployed a small robot with a camera into the attic.  However, the robot was unable to locate Brissette who remained hidden in the insulation and rafters.

As the stand-off progressed, EFD shut off gas and power to the residence as a precaution.  City Ambulance paramedics were also staged nearby. 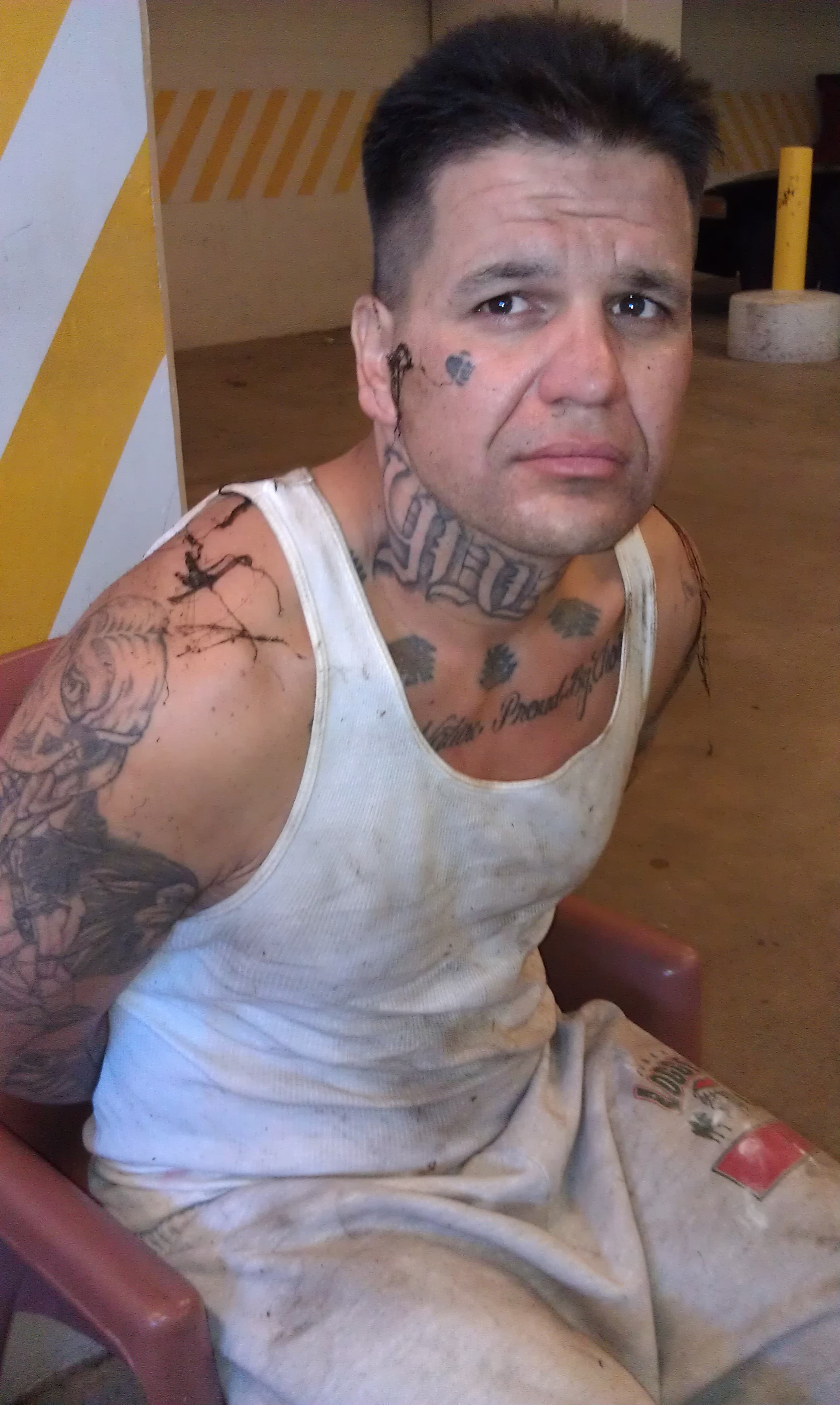 At approximately 3:00 PM, officers breached another opening into the attic through the ceiling of an adjacent bedroom.  This was in preparation for deploying more significant chemical agents into the attic to compel Brissette to surrender.  Prior to deploying the chemical agents, an EPD negotiator again attempted to communicate with Brissette.  This time he was successful and Brissette agreed to surrender.  At approximately 3:12 PM, Brissette exited the attic through the breached hole in the ceiling and he was taken into custody without further incident.

Brissette received no significant injuries during the incident but he was checked out by EFD medics at the scene as a precaution.  He declined further medical attention and was transported to the Humboldt County Correctional Facility where he was booked on his felony warrant and on several fresh charges including possession of a controlled substance, resisting arrest, and parole violation.