On 3/07/12, at about 2:50 PM, investigators with the Eureka Police Department’s Problem Oriented Policing Unit (POP) went to a residence on the 1900 block of Harrison Ave. in response to neighbor complaints concerning loud music, parties, and suspected drug activity there. 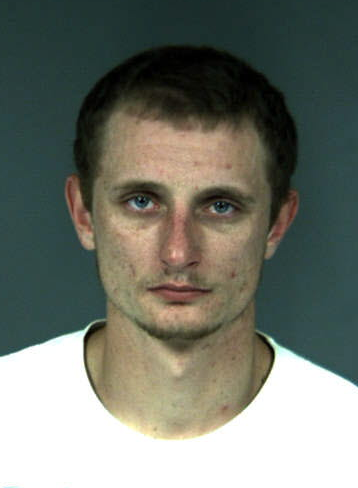 Detectives contacted resident Brandon James Phelps (age 23 of Eureka) and his 33-year-old brother at the front door.  Phelps’ 4-year-old son was also present in the home.  While detectives were speaking with Phelps about the complaints, they smelled the odor of marijuana emanating from inside the residence.

A records check confirmed both adult subjects were on searchable probation. Additionally, Phelps had an outstanding warrant for his arrest for possession of a controlled substance.  Phelps was taken into custody on his warrant.  With the assistance of EPD patrol officers, investigators then conducted a probation search of the residence.

Investigators located several large plastic bags and tubs containing untrimmed dried marijuana, marijuana “shake” (dried leaves and trimmings commonly saved for hash production), and manicured/processed marijuana “bud.”  There were also several open plastic trays containing dried marijuana in the process of being “trimmed” along with marijuana packaging materials (plastic baggies).  Additionally, officers found drug use paraphernalia (two meth pipes) and evidence of a past indoor marijuana grow in the residence.  In all, a total of approximately 45 pounds of dried marijuana was located and seized from within the residence.  Neither Phelps nor his brother possessed a current, valid medical marijuana (Prop 215) waiver.

Phelps was arrested and transported to the Humboldt County Correctional Facility where he was booked on his warrant and for possession of marijuana for sale and probation violation.  His son was released into the care and custody of his mother.