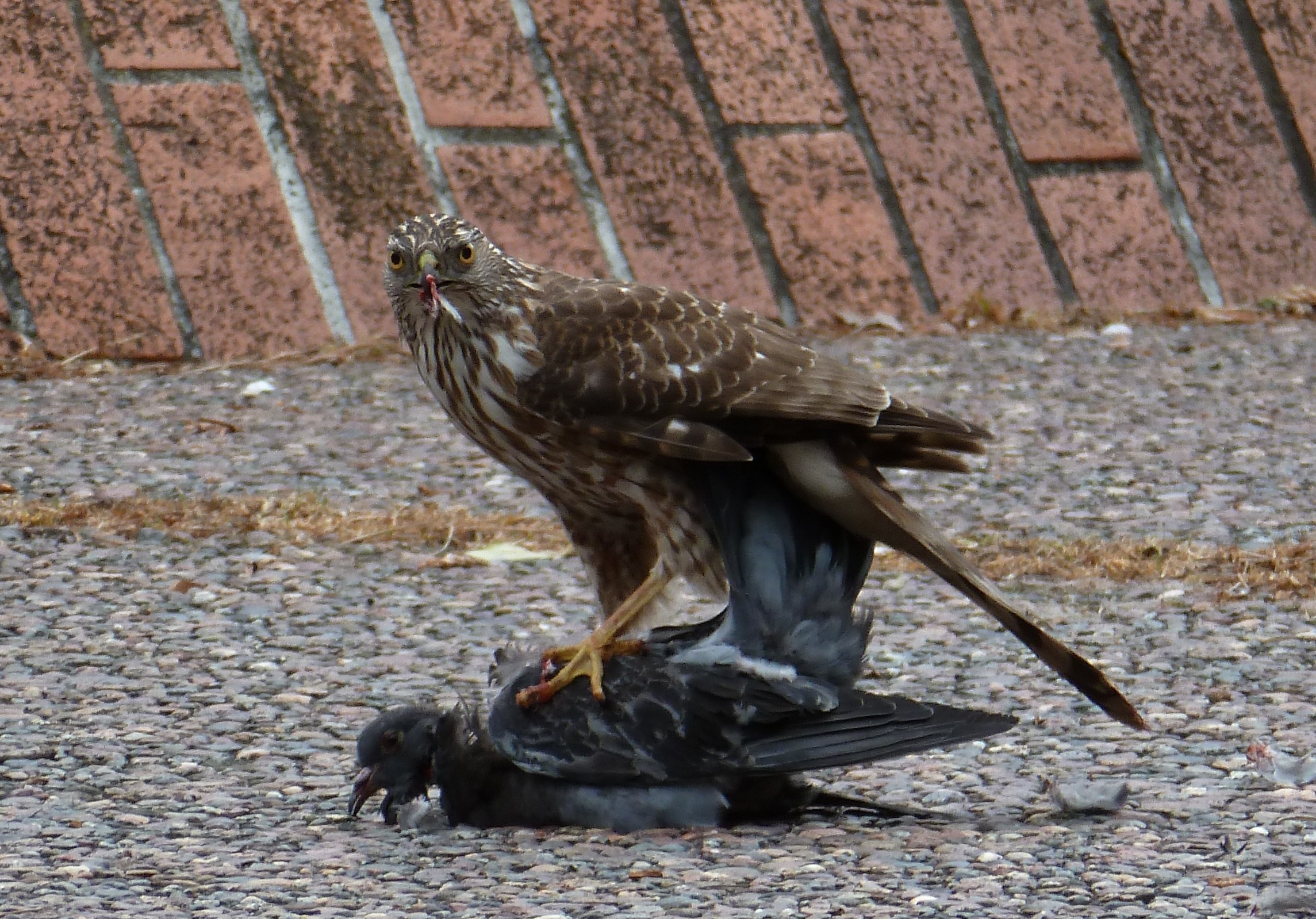 On 03-26-12 approximately 1:40 P.M. this Journal reporter encountered an avian assault in progress at the Old Town Gazebo, near the corner of F and 2nd streets in Eureka. The victim, who is described as a chubby, partially beheaded pigeon, was alive but did not respond to the blank stares of numerous onlookers. Residents of the area say pigeon gangs are known to frequent the neighborhood.

When the reporter arrived at the scene, the victim was under attack from sharp talons and a hooked beak, likely belonging to the suspect, who is described as a juvenile raptor, possibly a Sharp-shinned or  Cooper's hawk, approximately 10 inches tall with light brown eyes and a hunter's build. 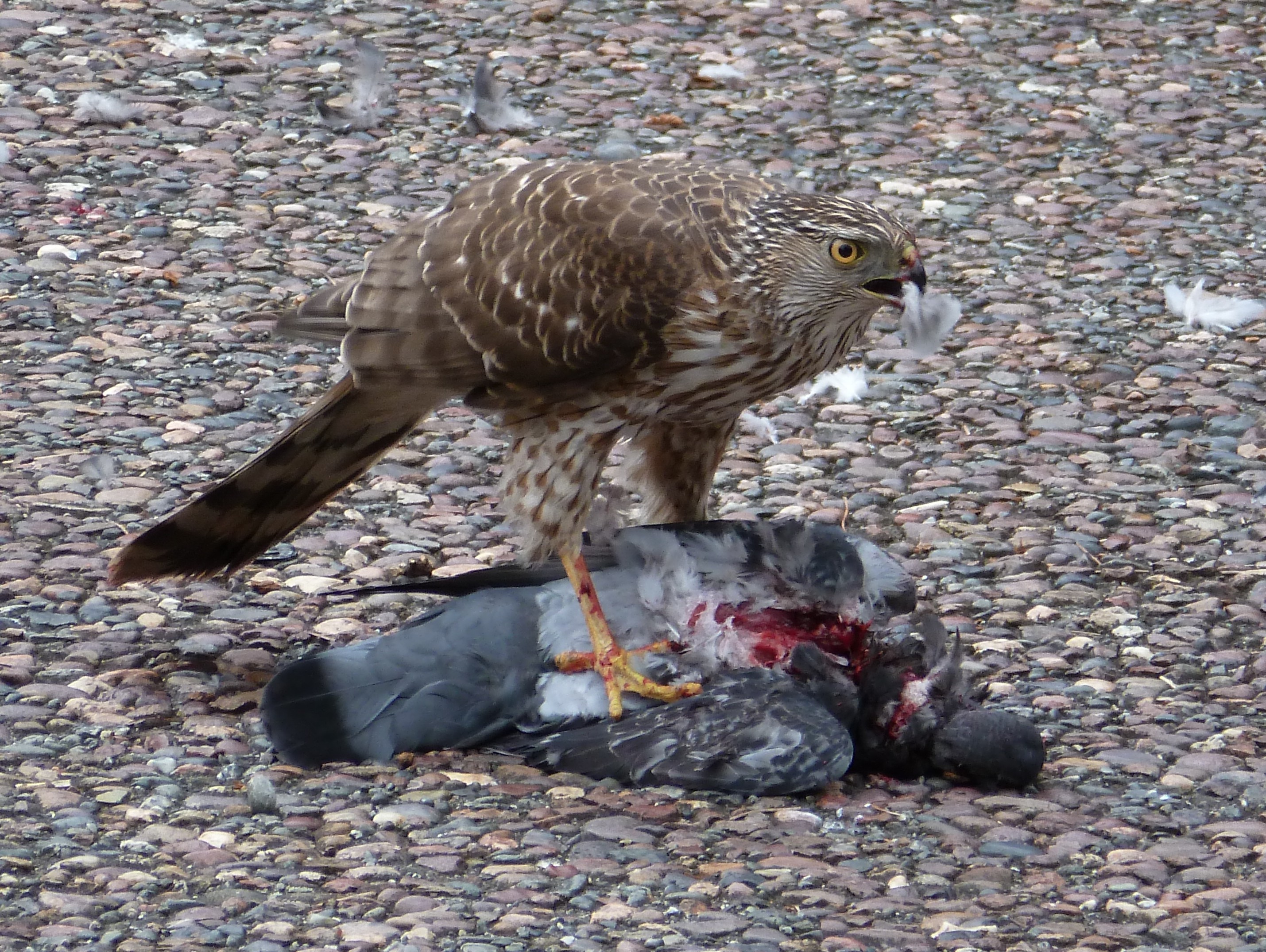 Neighborhood residents have reportedly found several mutilated pigeon carcasses in the vicinity in recent weeks, suggesting that the suspect may be a serial killer. It is unknown at this time whether or not the assault was a hate crime.

The suspect was last seen disemboweling the victim on the cobblestone sidewalk. Residents are advised not to be overweight, bagel-eating pigeons.