Humboldt County Sheriff officers arrested a half dozen protestors Saturday night on the steps of the County Courthouse.

A crowd of around 120 had assembled in answer to an invitation to a post-Arts Alive! candlelight vigil to protest the "urgency ordinance" passed March 27 by the Board of Supervisors in response to complaints about the actions of Occupy Eureka protestors.

Among other things, the new ordinance restricts protests to the sidewalk in front of the courthouse between the hours of 9:30 p.m. and 6 a.m. The candlelight protest was scheduled to start at 9 p.m. and run at least until 10.

At around 9:45 p.m. a Sheriff Deputy warned protestors on the courthouse steps that they would have to leave that area or face arrest. 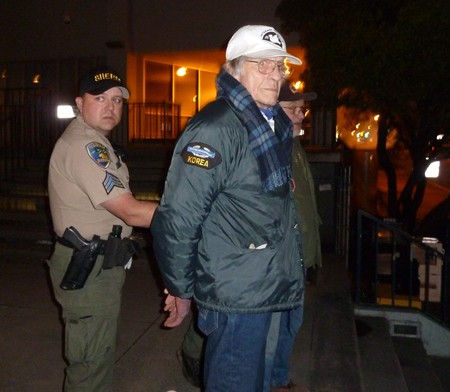 They were arrested just before 10 p.m. and taken to jail. Gilchrist, age 76, is a Vietnam veteran; Thompson, age 82, is a veteran of the Korean War and a survivor of the battle of Pork Chop Hill. Both are active in the local chapter of  Veterans for Peace and have participated in Friday evening anti-war vigils at the courthouse and on the Arcata Plaza for years. 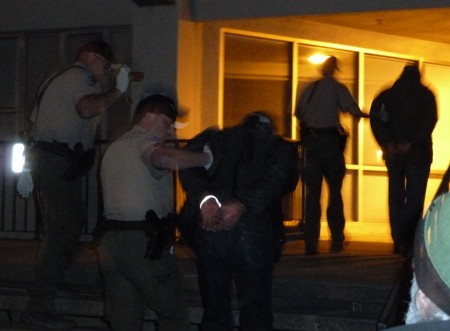 "I wanted to get a bunch of people out there to defend the First Amendment in light of the emergency ordinance," said organizer Dave Meserve, a former Arcata city councilman. "A lot of people feel it's a violation. Beyond that you have cops out there doing their job and people making a statement by being arrested." 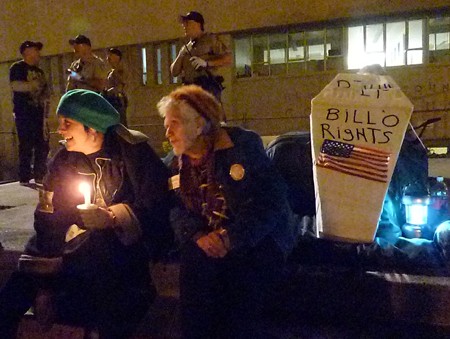 The officers returned around 45 minutes later and arrested two more protestors: another member of Veterans for Peace  Robin Donald and activist Kim "Verbena" Starr, who has been part of the Occupy Eureka protest since the beginning. Starr was arrested March 31, with three others in a similar protest against the ordinance. According to Occupy stalwart James Decker, two other protestors were arrested and taken to jail later. All six arrestees were released last night. 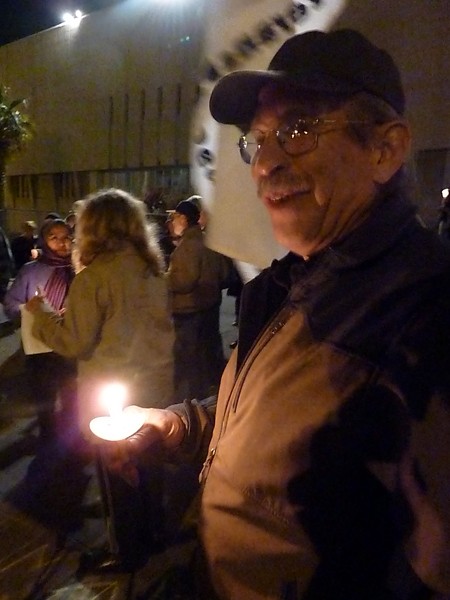 "I think there's a big amount of concern about what the Board of Supervisors did," Meserve added. "I don't know what the next step is, but we have to keep the pressure on." 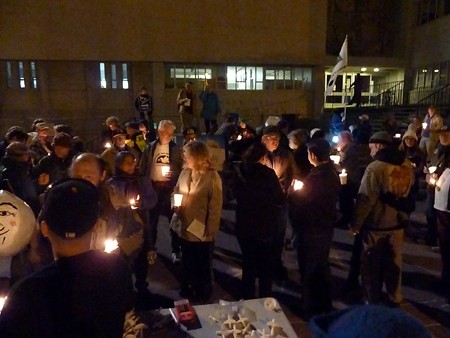