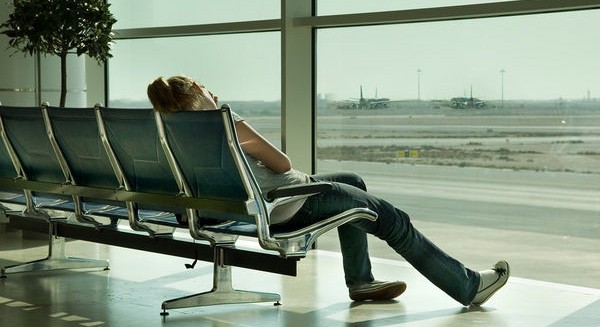 It has been on the ropes over the past week, but now the deal to start twice-daily service between the Arcata-Eureka Airport and Los Angeles International in June has been officially and indefinitely postponed.

American Airlines subsidiary American Eagle announced March 23 that a deal had been struck, but the announcement proved to be premature. County officials hadn't yet lined up a funding source for the $1 million revenue guarantee required by the airline, and despite concerted efforts by the Redwood Region Economic Development Commission, the board of the Headwaters Fund and county staff, that proved to be a fatal stumbling block.

Part of the problem was a lack of community buy-in, said County Supervisor Mark Lovelace. Like many people who have voiced concerns over the last few weeks, Lovelace said he, too, was skeptical after Delta Air Lines came and went, taking county revenue with them. But eventually he was convinced that the American deal was sufficiently different, and offered enough potential for economic benefits, to be worth exploring.

"We didn't have adequate time to really kick the issue around and explain it to folks," Lovelace said. He said American Eagle officials are open to considering an agreement in the future, possibly starting service next Spring.

Below is a press release from the Redwood Region Economic Development Commission:

The Redwood Region Economic Development Commission announced today that negotiations with American Airlines for a revenue guarantee agreement have been deferred into the future to allow more time for all parties to come to an equitable agreement in advance of the start of service.

The parties had been working towards the goal of starting service this June, and American had begun to take reservations for flights from ACV to LAX in advance of any signed contracts in order to capture summer travel customers in anticipation of an agreement. American Airlines will work with all customers who have been affected by the service change.

At this time, the parties will continue discussions with a goal of starting service next Spring.  Should these discussions prove successful in the future, multiple agreements will need to be signed with the County Aviation Division, the Headwaters Fund and RREDC, a process that normally takes several months due to the public processes required.