Do you like to read? Since you're reading this, we'll assume yes. How do you feel about books? Despite any rumors you've heard, the book is not about to die -- not if serious book lovers have their way.

You may find a few local book fans giving away books next Monday, April 23 (and the days that follow) as part of World Book Night, an annual celebration designed to spread a love of reading and books, with local headquarters at Arcata's Northtown Books. This is the second annual World Book Night; it started last year in United Kingdom and spread to the U.S. in 2012.

The idea is pretty simple. With input from a panel of booksellers and librarians, publishers created special paperback editions of 30 titles by contemporary authors. Volunteers "givers" signed up online and chose a book they feel strongly about from the list. Participating bookstores and libraries act as distributors receiving cases of books, 20 copies of a single title for each giver. (When we stopped by Northtown Books Saturday, they'd already received their shipment.) The givers come in and pick up a pile of books, and then they give them away, no sooner than April 23. Readers read the books, and hopefully pass them along. By the time it's over half a million books will be distributed. 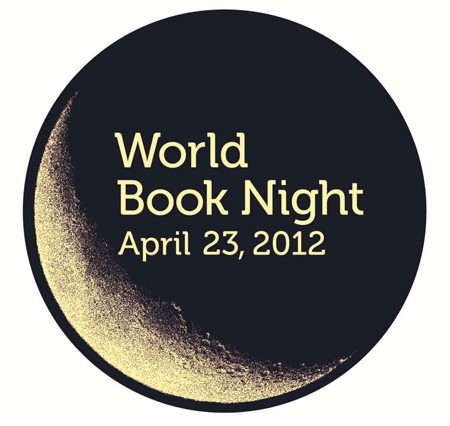 "This is a celebration of the individual book and the individual reader. I am honored to take part," said Sherman Alexie, whose book The Absolutely True Diary of a Part-Time Indian is among those to be given away locally.

And lest you think that the list was short on desirable best-sellers, Suzanne Collins' hot title The Hunger Games and Stephen King's The Stand were also among those available (but not selected by any local givers).

Where will they be giving away books? WBN organizers suggest schools, hospitals, nursing homes and diners, but it's up to each individual giver. Watch for them next week.

Here's how it worked in England last year when they gave away a million books: