If you're going to dump a body in Eureka … 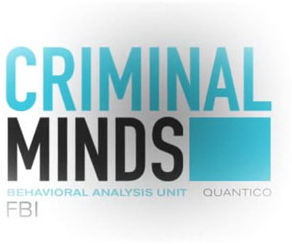 But first, a little background on this scene from last week's 'sode: As part of (we're guessing) a far-from-standard plea deal, FBI Special Agent David Rossi (Joe Mantegna) must visit an incarcerated serial killer once a year to get the name and location of the bodies of girls killed while the murderer was still at-large. The catch? Since he's so committed to justice, Rossi agreed to meet every year … on his birthday! What a stone cold badass!

Anywho, watch the video below and then change your Memorial Day weekend Humboldt hiking plans.

If there's anyone local who shares the name on that card at the end ... man, that's creepy!

As long as we're talking about bits of Humboldtness on the national stage, we'll just mention that famous local bigfoot hunter Bobo was featured on The Colbert Report a couple weeks back. Sure, Bobo is one of the stars of Finding Bigfoot, now in its second season. But, c'mon. Face time on Comedy Central trumps Animal Planet appearances any day.

Bobo is part of the team assigned the task of finding an elusive Florida "Super PAC-er." (It's near the end.)

Hmm, anything else local goin' huge? Oh, Michelle Obama mentioned Sara Bareilles in a tweet yesterday discussing her fav tunes to work out to. Blam!

OK. Now we think you're caught up.