Guest Post: On the Implications of Evangelical Prayer at the Eureka Wal-Mart Opening Ceremonies

The following was submitted by friend o' the Journal Austin Roberts in response to last week's blog post about the juicy itinerary for the Eureka Wal-Mart's impending opening ceremonies. Roberts has a bachelor's degree in religious studies from Humboldt State University and a master's in philosophy of religion from Claremont School of Theology. He is currently an editor for Imaginatio et Ratio: A Journal of Theology and the Arts and resides in Eureka.

Last week, North Coast Journal writer Ryan Burns wrote about the upcoming Eureka Wal-Mart grand opening ceremonies. Along with the presence of local politicians and dancing corporate mascots, the two ceremonies on June 10th and 13th are set to include an invocation from Hydesville Community Church Associate Pastor Jeff Beltz. Some NCJ commenters interpreted Burns’ post as an offensive attempt to “trash Christianity” itself. While it is true that Burns takes a sarcastic tone in reporting the event, it is far from clear in the post that he seeks to criticize the Christian religion as a whole. Such a response seems reactionary to the extreme.

But my interest here is not so much in defending Burns from unwarranted criticism as it is in using this opportunity to consider the place of conservative religion in the controversial grand opening of a Eureka store by the world’s largest corporation. Consider the situation as it has been presented to the public at this point: a conservative evangelical pastor, Beltz, will offer a prayer for the new Wal-Mart at the Bayshore Mall, probably as a request for and concrete symbol of divine blessing for the company’s success in Humboldt County, perhaps also as a prayer of thanksgiving for the corporate giant’s victory in finally managing to squeeze itself into Eureka against the desires of its many local detractors. Whatever the content of the prayer ends up being, it is what the prayer symbolizes that concerns me here: the close relationship of neoliberal capitalism with (conservative) Christianity. Although this may disappoint a few readers, I have no desire to vilify Beltz in what follows. I believe that he means well in agreeing to offer the invocation (I cannot say the same about Wal-Mart’s intentions), but I do want to make some critical points in response.

First of all, it should be recognized that Wal-Mart has been deeply rooted in conservative Christianity from its founding in 1962 in the American Bible Belt. As the historian of religion and capitalism Bethany Moreton has shown in her important book, To Serve God and Wal-Mart: The Making of Christian Free Enterprise, the company has been a major force in bringing together the free-market dogma with evangelical “family values” and ethics of “Christian service.” In doing so, Wal-Mart has effectively made the self-centered individualism of neoliberal capitalism appear instead as a selfless, virtuous effort to save consumers money by always providing them with the lowest prices. While the company is known, at least by its critics, for various conservative political stances, anti-unionism, low wages, and negative impact on both the environment and local businesses, many of its devoted customers throughout the decades have bought into Wal-Mart’s sanctification of consumer capitalism. As Moreton points out, the company’s founder Sam Walton was a central figure in the spread of the ‘gospel’ of Christian free enterprise and conservative religious-economic individualism – ideologies that became common in Christian university business departments and eventually spread around the world, now firmly tied to an individualistic religious gospel of personal salvation.

All of this goes to say that nobody should be surprised that Wal-Mart would draw on a local conservative evangelical Christian pastor to bless their business operations. At this point, this type of relationship is unfortunately part of the DNA of both Wal-Mart and a large majority of American Christianity. Ultimately, Wal-Mart’s recruitment of Beltz appears to many as a manipulative move to appeal to a particularly profitable customer base and to legitimize their business with a symbol of divine approval.

This brings me to a second important issue the event raises. To put it bluntly, the assumption by conservatives that the Christian tradition is somehow supportive of the neoliberal capitalism that has permitted Wal-Mart to thrive is false. While this belief is shared by many American Christians, it is more influenced by the ‘prosperity gospel’ and Western individualism than the New Testament (or the Hebrew Bible, for that matter). A growing number of influential biblical scholars, including Richard Horsley, Elisabeth Schüssler Fiorenza, and Roland Boer have argued that the economic dimension of Christianity’s foundational documents – having been written under an oppressive Roman Empire characterized by great economic inequality – include a radical critique of economic injustice and sharp power differentials that is usually distorted by individualistic readings. They certainly offer no support for the Wal-Mart brand of capitalism.

Like other imperial projects, the Roman Empire under Augustus portrayed itself as promoting prosperity and what we might call “family values” (e.g., in its strong support of marriage). Nevertheless, it created enormous inequalities of power and wealth and even its rhetoric of prosperity and morality ultimately served the interests of those on top. As religion scholar Harvey Cox explains, Christianity “began as the persecuted victim of the Roman Empire and provided an alternative to it, [but] then became a obsequious mimic of that empire and finally its compliant acolyte” (Future of Faith, 72). That sounds familiar, doesn’t it? As leading political theorists Michael Hardt and Antonio Negri argue, the contemporary globalized Empire should be understood as “network power” (Multitude, xii), constituted not only by the most powerful nation-states but also supranational institutions and corporations like Wal-Mart. It is difficult to see how an adherent of a religion that developed in sharp opposition to Empire can pray for divine blessing of one of its most dominant manifestations in the world today. Thanks to popular depoliticized readings of the New Testament, Christianity and its founders continue to be co-opted by Empires.

Conservatives will protest that the economic-political dimensions of the New Testament – when they even recognize them as such – are just for the individual and possibly the local church, and are not meant as critiques of society as a whole. But this is to anachronistically impose a framework on the New Testament that is (like it or not) a modern invention: the separation of religion from economics, politics, and culture (as those working in the field of cultural studies tend to point out). In such a view, the substance of a religion can speak about individual souls and personal morality without reference to systemic, economic concerns and injustices. But this is precisely what modern scholars of early Christianity argue is a serious misunderstanding about ancient societies, where religion was never separated from economic and political issues. As such, there can be no such thing as an apolitical Jesus. Horsley comments, “Assuming that Jesus is appropriately categorized as a religious figure, we more or less ignore the political-economic aspects and implications of Jesus’ preaching and practice.” (Jesus and Empire, 6).

What Paul called the ‘powers that be’ actively work against such readings of history and sacred texts that undermine the ability of religion to offer its support to the neoliberal capitalist project (e.g., witness the mainstream hostility towards liberationists like James Cone and Marc Ellis). Despite the growing scholarly consensus on these matters over the last few decades, those in power continue to justify themselves through conservative religion, especially in their ongoing Santa Clausification of Jesus into a capitalist free-marketeer – just as they have done with the radical Martin Luther King, Jr. It seems to me that Cox was exactly right that the Religion of the Market dominates in America, not so much Christianity. I do not imagine that the invocation for Wal-Mart’s grand-opening is really directed at the God who Jesus prayed to – it is instead the omnipresent, omniscient, and omnipotent Market-as-Deity that is really being called upon for the corporate giant’s success in Humboldt County. 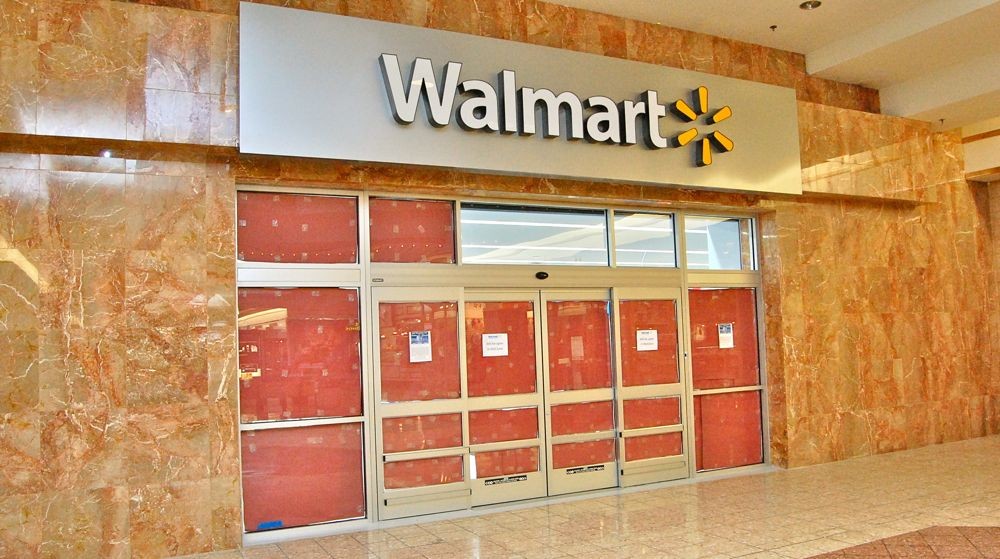