The Eureka Wal-Mart Has Been Blessed 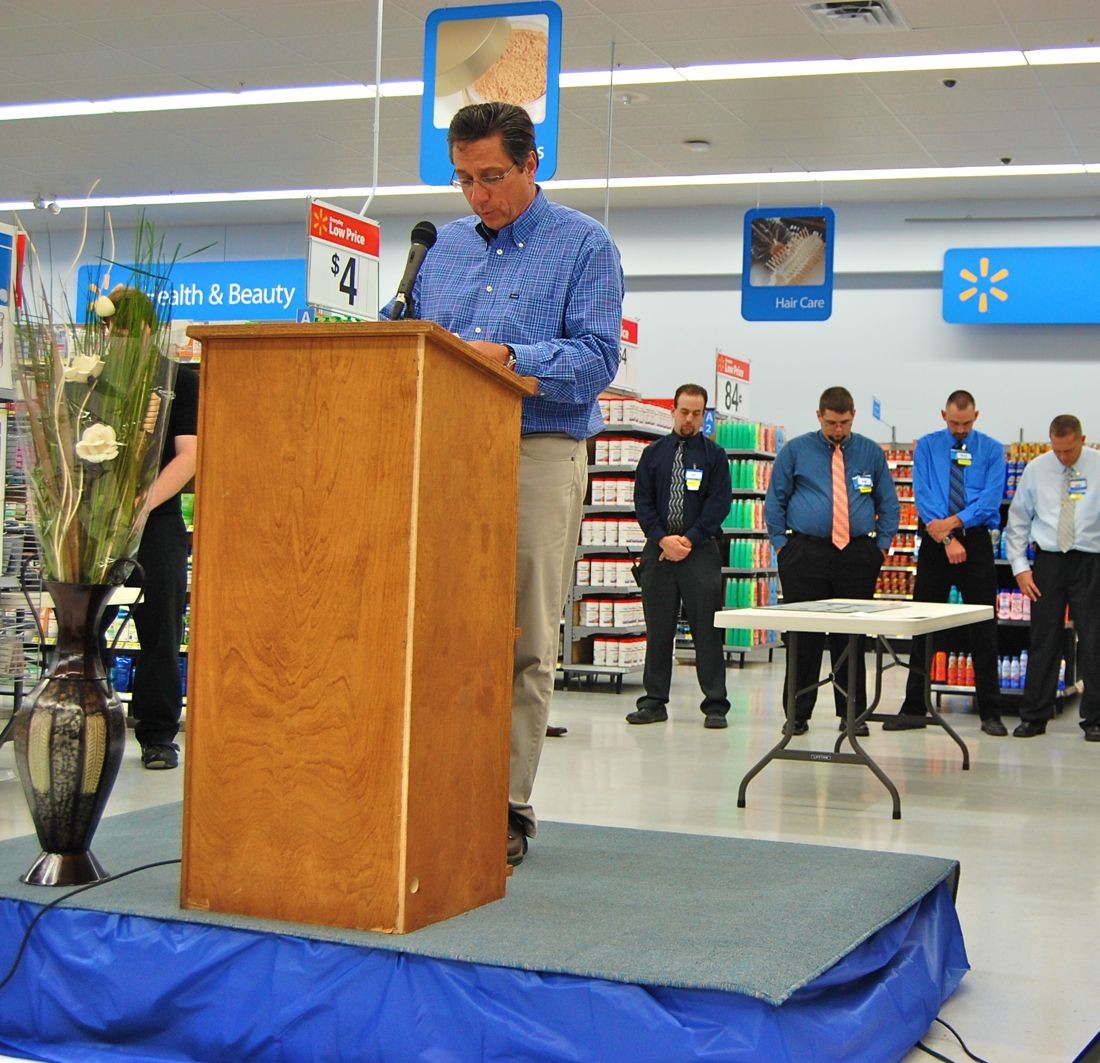 "Psalm 33:12 says, 'Blessed is the nation that has God as the Lord,'" said Hydesville Community Church associate pastor Jeff Beltz from a temporary podium this past Sunday.

"Basically what He's saying is the nation that is faithful and places God first in decisions, honor, righteous acts, attitudes and faith gets blessed by God. But not only nations: individuals, families and corporations," he added.

Then, with most heads bowed and a few reverent hands stretched towards the fluorescent lighting-lined ceiling, pastor Beltz

Eureka Wal-Mart Blessing.mp3
Update Required To play the media you will need to either update your browser to a recent version or update your Flash plugin.
prayed a blessing over Eureka's new Wal-Mart store at the Bayshore Mall.

"Dear heavenly Father, God of Abraham, Isaac and Jacob, God of Peter, Paul and John, and Jesus Christ, we humbly come to you and ask for your help to live, work, operate and make decisions as Jesus Christ would if He were here. Help every employee of this new Wal-Mart put the customer and others first, ahead of themselves. Help every boss put the needs of the customer and the employees ahead of their own. Father, please help the top leaders lead like Christ would lead." 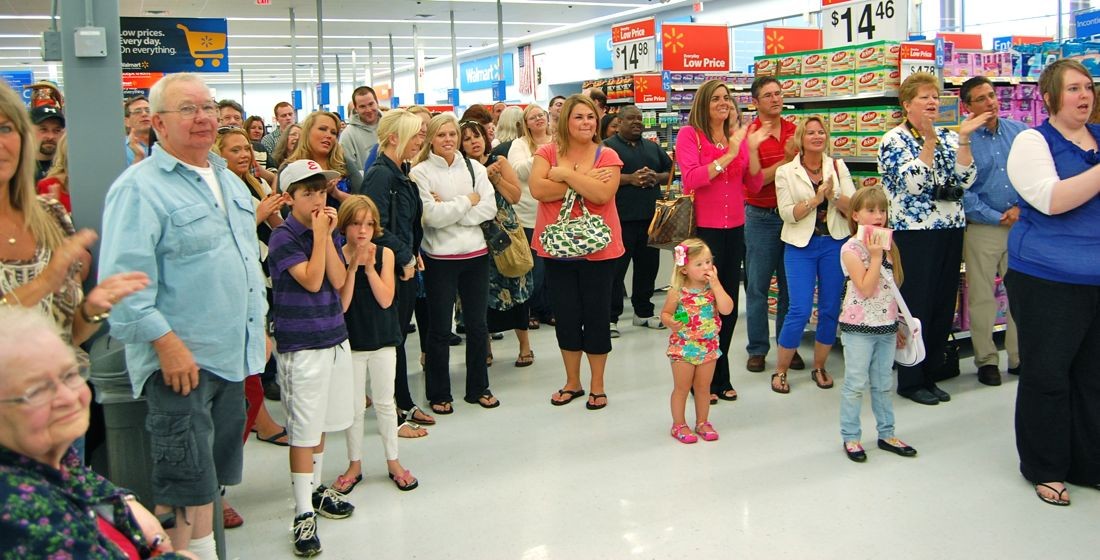 Amen. About 150 Humboldtians crammed into one of the main walkways between product-stocked shelves for the special evening ceremony at Wal-Mart's "VIP Open House" -- the first glimpse of the inside of Gottschalk's cavernous, abandoned shell. The prayer was followed, among other things, by an intricate, three-part harmony performance of the [audio-2] national anthem by young Wal-Mart "associates," a few brief, dutiful words by [audio-3] Eureka Mayor Frank Jager, giant check photo ops (1, 2, 3, 4) with local nonprofits and a Native American [audio-4] flute solo.

With the half-hour of formalities endured, excited future shoppers ventured into the depths of the controversial stuff peddler as Wal-Mart management pointed to where stuff is (“This is gonna be our sporting goods section,” “This back here is gonna be our produce section.”) Members of the Eureka High NJROTC stood guard in front of aisles that weren’t yet open to tour takers.

“Does anyone have any questions so far?” our guide asked.

“You don’t have any Diet Squirt,” one woman pointed out.

“Oh, maybe we’ll get that for you,” he replied, smiling.

Nearly everyone I talked to was giddy that they’d soon be able to shop at the Eureka Wal-Mart, noting that it would save them trips to Crescent City and/or Ukiah -- the previous closest Wal-locations.

“This has been a long time coming,” one man in a baseball capped fellow in his 40s opined to me.

“Now all we need is an Olive Garden,” his female companion chimed in.

“And a Red Lobster,” the man added. “I hate seeing their commercials on TV and not being able to eat there.”

Bummed you missed the festivities? Luckily, Sunday evening’s proceedings will essentially be repeated at Wednesday’s all-day Grand Opening -- the party starts bright and early at 7:30 a.m. --  with the added value of Chester Cheetah and Bimbo Bear appearences, free samples/demos and actually being able to buy stuff.

Mayor Jager: "There's a lot of controversy over big box retailers. But this Wal-Mart -- our Wal-Mart -- I think is going to be different. It's going to be something that's involved in the community and really help us out."

Three Wal-Mart associates -- Walter, Cheryl and Brittany -- were presented with certificates for their hard work during the store's setup process. They expressed their gratitude for employment. 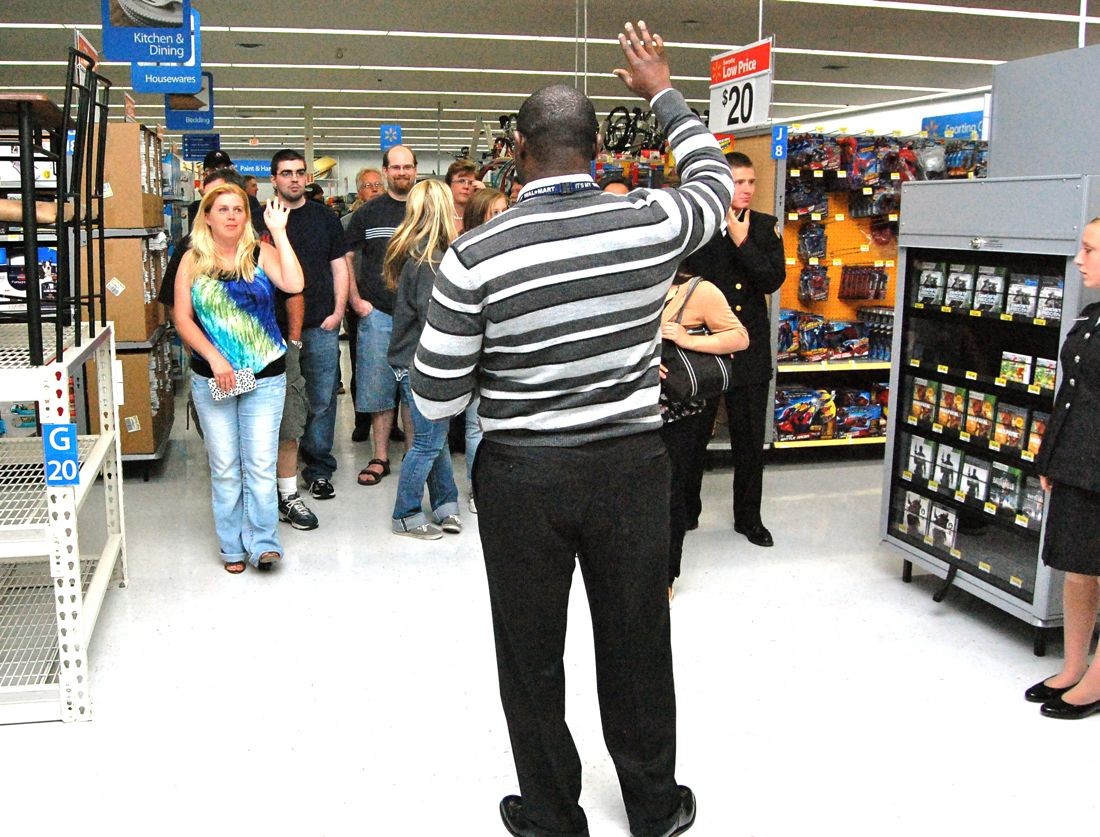 Say! Those prices are low! We were informed they would be that way "everyday." 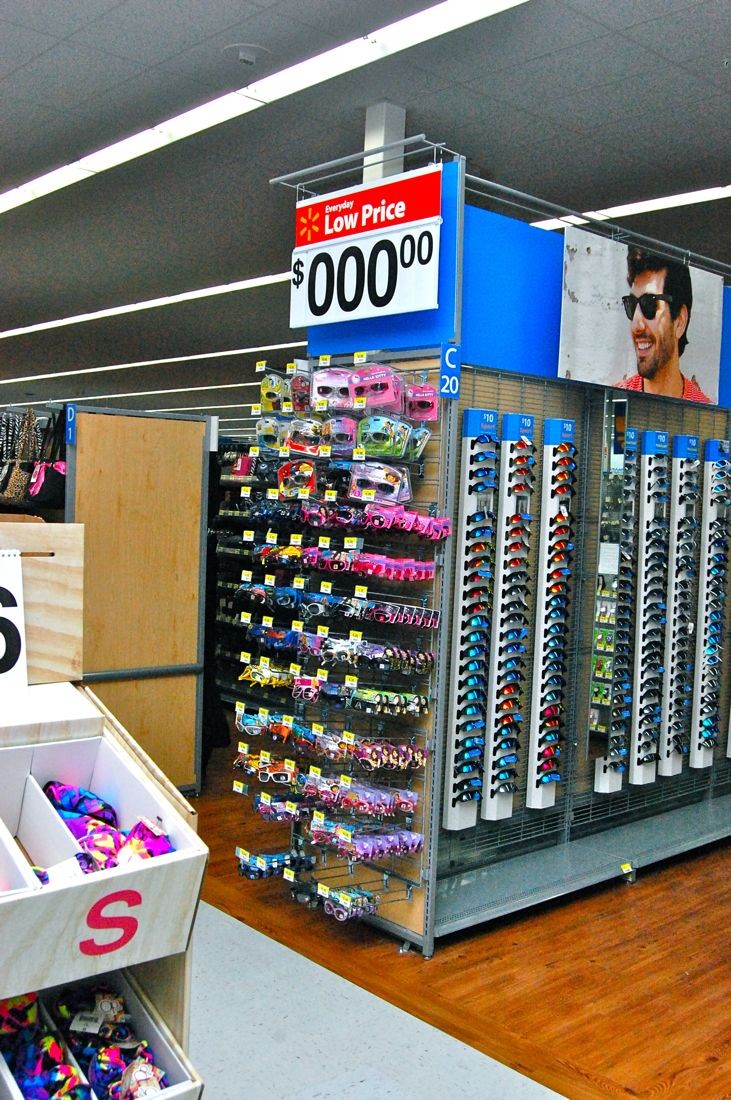 Just joshin' ya! We were told these deals would not be quite as great come Wednesday. 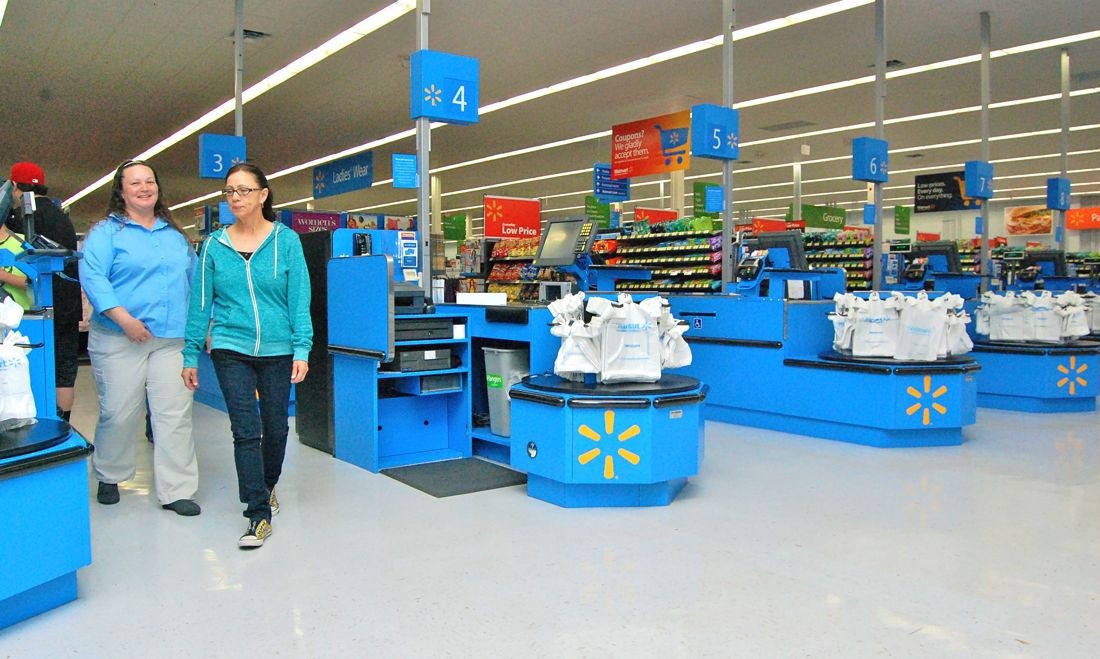