Standard Humboldt morning drizzlemist floated onto eager shoppers-in-waiting as they lined up outside of Eureka's brand spankin' new Wal-Mart Wednesday morning. It's been six months since the Journal was finally able to confirm that the planet Earth's largest retailer would be creeping into the Bayshore Mall. Now here we are. Opening day. Let's do this.

"We've been here since 4:40," said Humboldt County resident Cindy Harvey who, along with mother Debbie Steiner and young daughter Jessica, held the distinction of being the first people in line. Like many a giddy online commenter, Harvey was glad that she would no longer "have to" drive to Crescent City to shop at her fav chain. And what item dost Harvey crave on this blessed day?

"Mostly the DVD [player] that has the VHS [player]," she said before motioning to her kid. "And toys for her."

But before Squinkies could be secured, another elaborate ceremony --similar to VIP Open House earlier this week -- had to be endured. About 200 people looked on as many of Sunday's players reprised their roles: Pastor Jeff Beltz opened in prayer, Mayor Frank Jager said "we're happy," and Wal-Mart employees sang the national anthem while the Eureka High NJROTC presented the ol' stars and stripes.

But it was then that the day's most precious spectacle occurred. Roll call! A giant Pepsi bottle, a grinning polar bear in a chef's hat, and a piece of white bread in a cape enthusiastically wiggled and spun around -- some might call this "dancing" -- while the Black Eyed Peas' "Let's Get It Started" blared. Many a camera phone was satiated, even if the choreography lacked.

"I didn't know I was dancing until 5 minutes ago," a voice emanating from deep inside the Pepsi bottle told the Journal.

After the mascot slam dance, Eureka City Concilmembers Marian Brady and Mike Newman stood on either side of new Wal-Mart manager Gabby Long as she used Eureka's favorite pair of scissors to cut a ribbon allowing Humboldtians to stampede their way to savings. 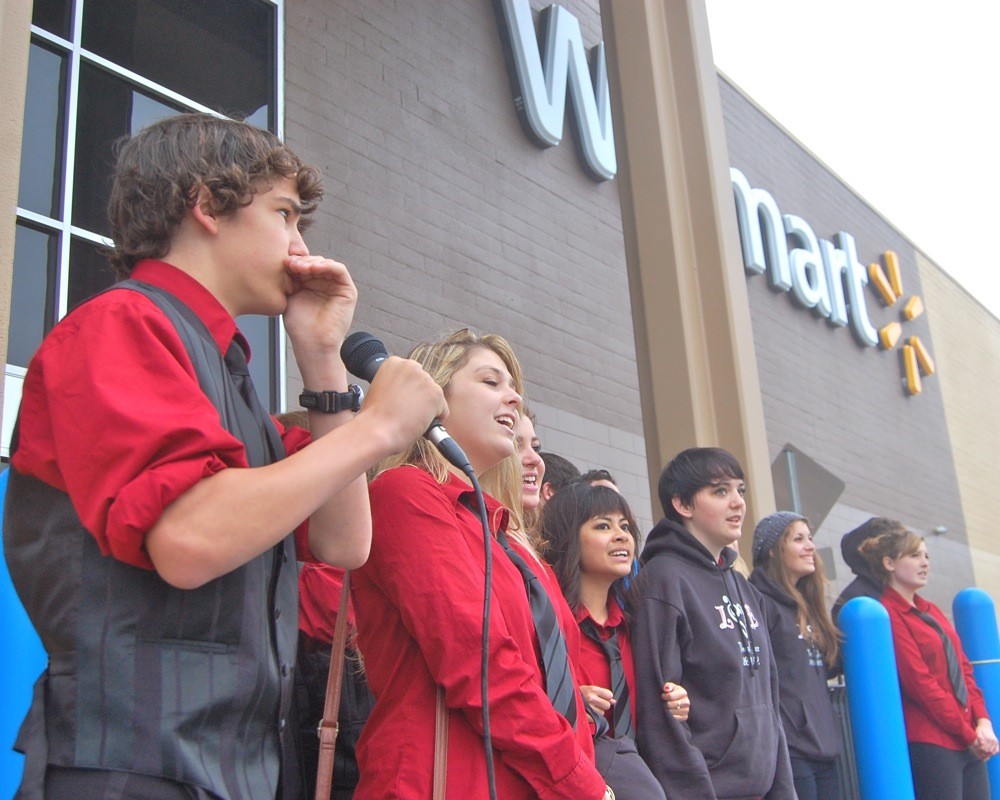 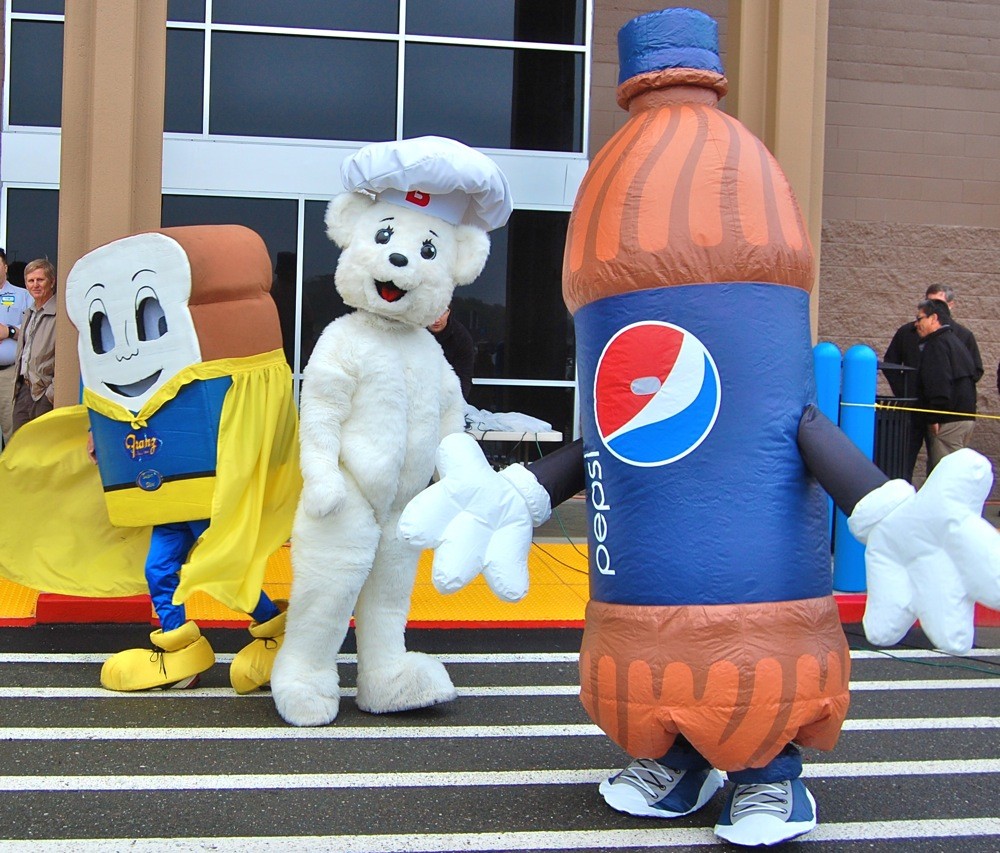 These guys are of the opinion that "it" would be better if "it" were "started."

Free Monster energy drinks are handed out in front of Wal-Mart on opening day. Vendors marked the bottom of the cans.

"So they don't tackle you when you come out with them." In other words, so Wal-Mart employees don't think you're stealing Monsters.

More cake! This one in the shape of Wal-Mart's new digs and its parking lot! Yum! 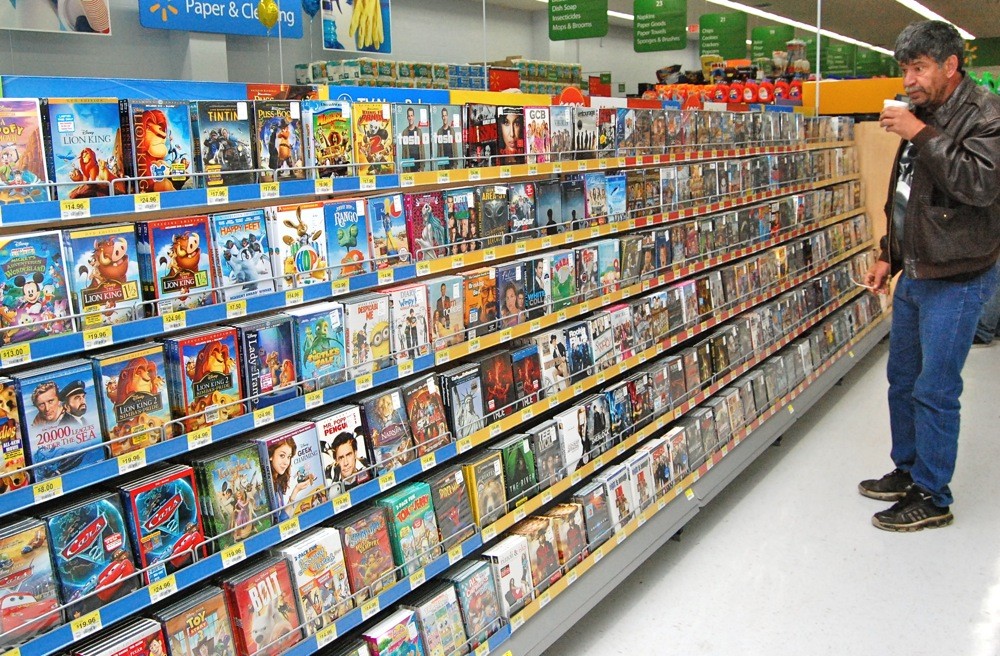 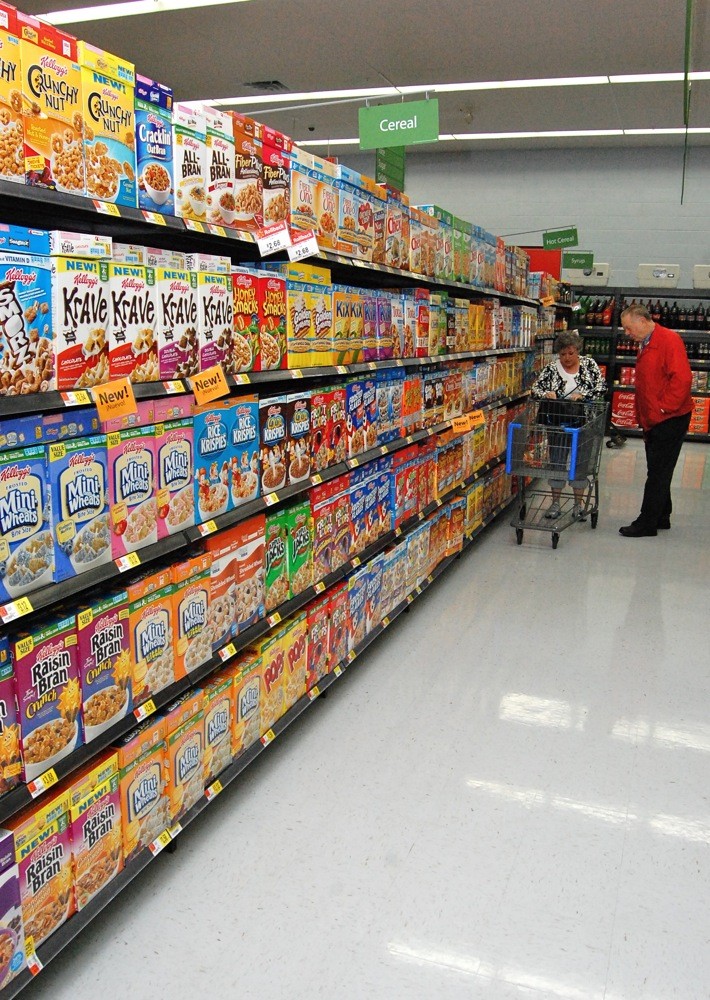 And hey! Jessica found her Squinkies!

A momentous occasion! Some free Cracker Jacks distributed to Wal-Mart opening day shoppers resulted in the store's first ever spill! Clean up on aisle, uh … oh, they don't have numbers.

The price of printers has risen since Sunday. Well, these are a different model.

And then there's the Wal-Mart greeter, Herb -- in many ways, the face of the new Eureka store. Herb applied for the role specifically and was excited to carry on the corporation's tradition.

After a career as a mechanic, Herb retired eight years ago but the realities of the financial climate led him to reenter the workforce.

"You can't live on one income anymore. It's a two income society," Herb says.