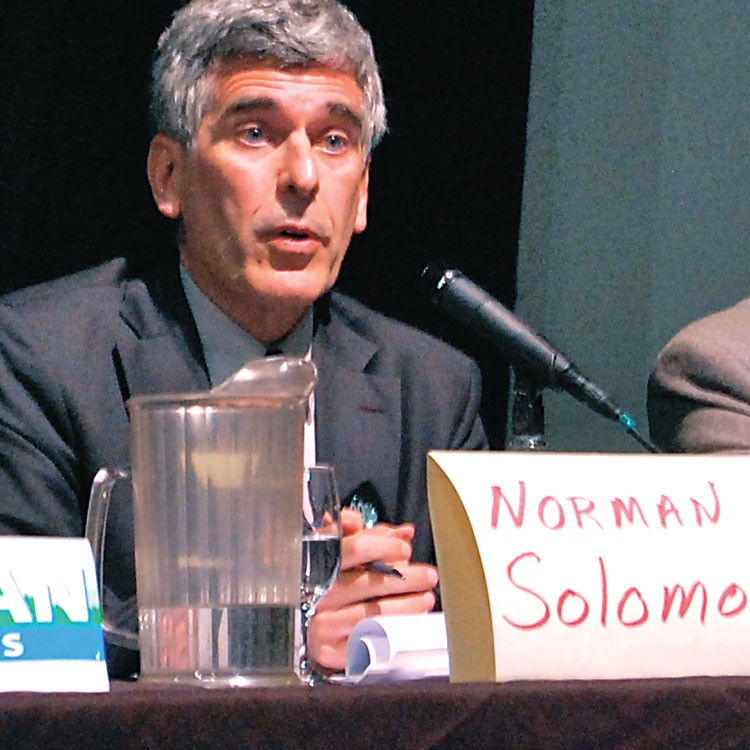 It'll be close in the end, but Norman says he won't quite have anough votes to overtake Republican Dan Roberts for the No. 2 spot in the November runoff against Jared Huffman. Here's his press release:

Fewer than 1,000 ballots remain to be counted in Sonoma County, the only county still tallying ballots in the district.  While the 172-vote gap is expected to narrow still further as Sonoma County processes its final outstanding ballots, it has become numerically very unlikely Solomon will overtake Roberts as these few remaining ballots are tallied.

Solomon provides the following statement as this campaign for Congress concludes:

"The ideals that have propelled this campaign will continue to energize people across our congressional district in the years ahead.  To overcome a status quo of perpetual war, extreme Wall Street power, chronic inequities and environmental degradation, we will keep working for peace, social justice, a healthy planet -- and genuine democracy.

"I want to express my heartfelt gratitude to everyone who has made our grassroots campaign possible.  Staff members and many others have worked long hours with great dedication, skill and creativity.  More than 7,000 different individuals have made donations.  Hundreds of caring volunteers have been actively engaged.  With enormous generosity -- devoting their time, talents and a wide range of personal resources to our campaign -- so many people have given a tremendous gift of idealistic engagement in the politics of participatory democracy.  They have inspired me every day, and I will always be deeply grateful.

"Although I will not be on the general-election ballot in this congressional race, I'm certain the political energies that galvanized and fueled our campaign will strengthen future movements for social change.  This particular campaign has ended, but the imperative to create a better world continues.  Martin Luther King Jr. said, 'The moral arc of the universe is long, but it bends toward justice.'  Our challenge is to do all we can to hasten the process."