The Journal moved its offices to Old Town Eureka two years ago to be in the middle of the action, but this morning's events weren't exactly what we had in mind.

I'd just stepped outside our door to make a phone call when a group of young people sprinted past, hung a left at the corner and disappeared. Okay, whatever. It's Old Town. Then they reemerged, carrying a guy: 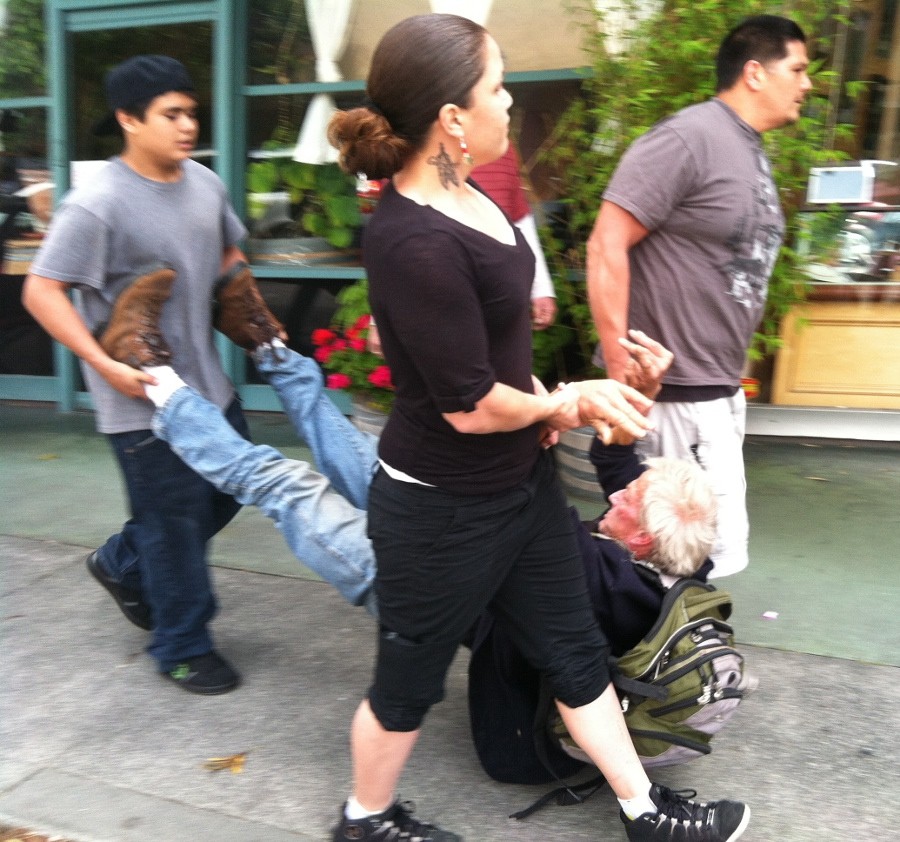 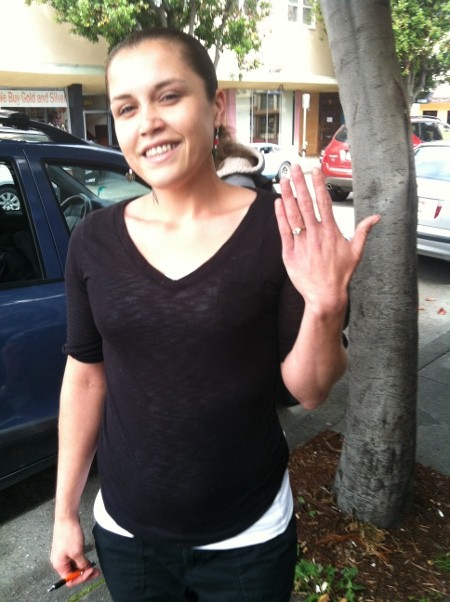 Turns out the woman pictured above and at right, whose name is Nikki Owen, had just gotten her ring resized at the goldsmith's shop across the street from us. When she walked out the door onto F Street she saw a man having something of a temper tantrum. He kicked the sandwich-board sign outside the Old Town Market and ran away, Owen said. The proprietor of the store, Jay Joh, emerged and yelled something to the effect of, "Stop him!"

And here's the thing about Nikki Owen: Not only does she value properly fitting bling; she happens to be a cage fighter from Hoopa. Owen took off after him. Some friends, who'd been sitting in a van across the street waiting for her, saw the foot pursuit and opted to join in.

"I had to citizen's arrest this guy," she bragged to one of them later. "I chased him down and slammed him." One witness described the tackle as "sweet." 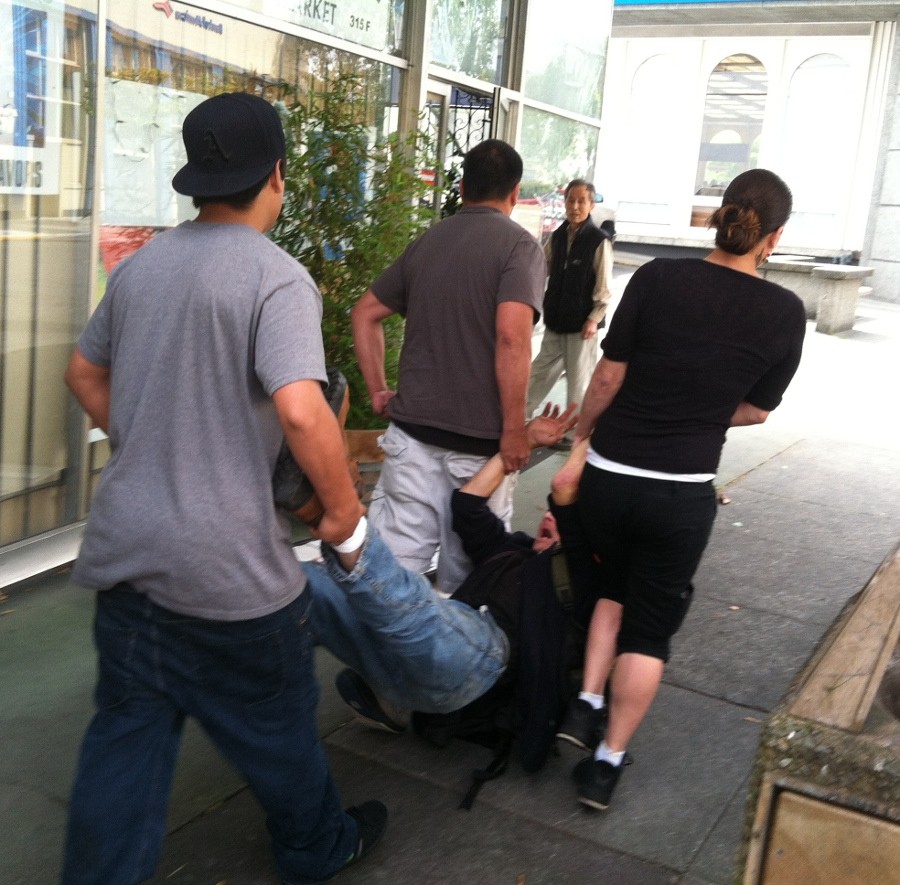 The friends carried the suspect back to the store, deposited him on his keister and stood watch until the cops arrived. Store owners Jay and Sung Joh pointed to the sign that the man had allegedly splintered with his kick.

Here's the shopkeepers' account of events: The man had tried to purchase a bag of tobacco, some rolling papers and a sports drink with a debit card, and when the card was twice declined he became angry and refused to relinquish the merchandise he'd gathered. He finally did hand it back, Jay Joh said, but then in a fit of pique started kicking stuff.

While waiting to be apprehended the guy decided, may as well have a smoke. I mean, why not, right?

And, in case there was any confusion, Sung Joh identified the suspect.

When officers from the Eureka Police Department arrived, everyone relaxed a bit. 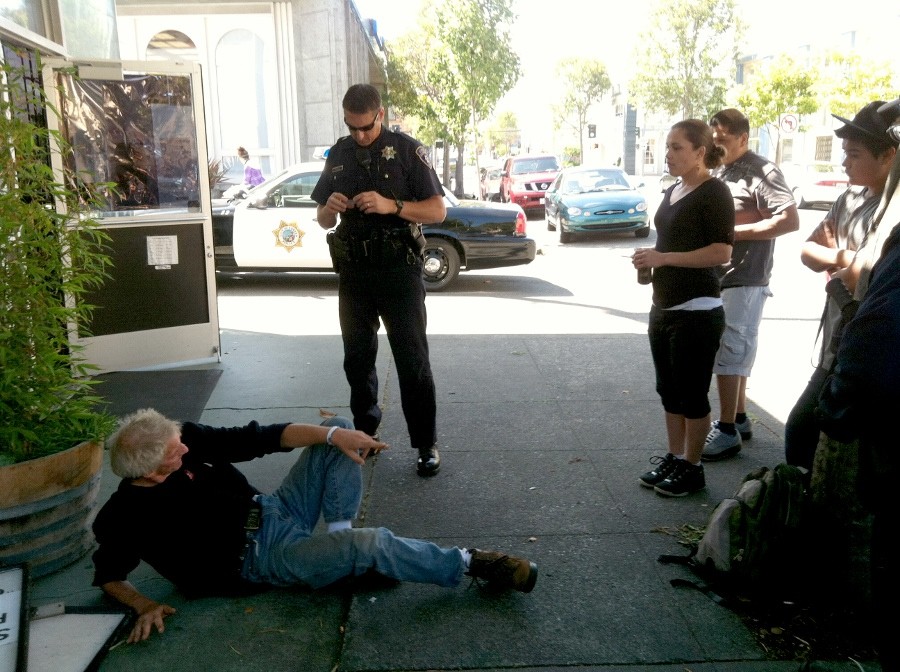 EPD Officer Justin Winkle explained to the Johs that the man was a known transient who "tends to be a problem once in a while." Their options were to a) press charges or b) let the officers give him a warning for trespassing. They chose Option A.

And off he went. 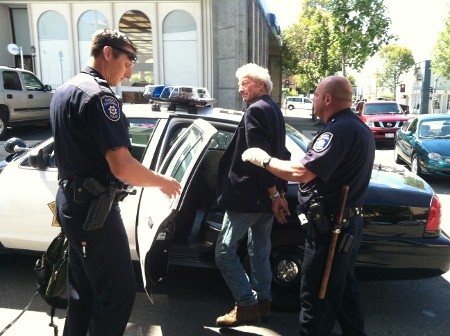 Before hauling the supsect to jail, the officers took Owen's number and thanked her for her service. Owen and Co. piled back into their van and took off. And Old Town Eureka returned to abnormal.