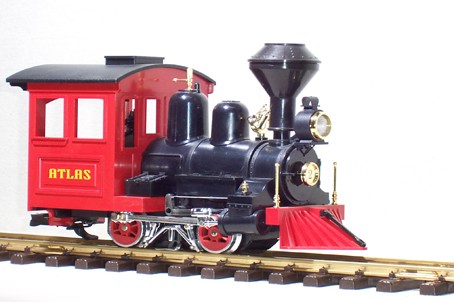 A resolution on the agenda for tomorrow's Eureka City Council meeting asks council members to swear allegiance to the riduculous controversial east-west rail proposal, and the resolution is preceded by an almost comically biased "summary" of the issue. (Read the full text in pdf form here.)

The agenda item was prepared by members of the Humboldt Bay Harbor Working Group, an amorphous collection of citizens that has been meeting for the last nine months or so. Exactly which members is unclear: More than 50 are listed on the website for Prosperity!, the regional economic development initiative of which the working group is a part. Eureka council members Marian Brady and Linda Atkins are both listed among the members, though Atkins said she was not involved in drafting this resolution and, in fact, was unaware it existed until last week, when City Manager David Tyson called to ask if she was OK with having it on the Aug. 7 agenda. She's not. Atkins told the Journal that she plans to ask the mayor to postpone the item so council members can examine it more closely. A call to Brady was not immediately returned.

On first reading, the resolution itself may seem reasonable enough. Divided into six bullet points, it asks the council to "affirm its commitment to create jobs and sustainable economic growth through Humboldt Bay's harbor" by pursuing such common-sense measures as strategic planning, marketing and collaboration with other government agencies.

But tucked into this laundry list of promises, the resolution asks councilmembers to swear their support for "rail service connecting [Humboldt Bay] to the national rail system" and to promise that they'll pursue funding for the east-west rail project, specifically.

As the Journal explained back in May, this endeavor has prompted a great deal of skepticism given the vast financial, political, practical and environmental challenges that would attend laying 125 miles of new rail across a mountainous path that bisects two national forests.

The Humboldt Bay Harbor Working Group's stated purpose is to "unify the community on the future use of the harbor portion of Humboldt Bay to create sustainable jobs and economic growth while maintaining environmental integrity." If the document on tomorrow's agenda is any indication, the group seems to be pursuing the George W. Bush approach to unity: "Either you're with us ... or you're with the enemy."

"Some promote expanding" port activities on Humboldt Bay while, "on the other hand," the document sneers, "comments have been made such as ... 'We don't really want that (harbor) business here' and 'Why rail? That is 100-year-old technology.'"

No source is given for these gross mischaracterizations of the main arguments against throwing public money into the east-west rail pursuit. Nor does the document cite the "economic modeling" used to estimate what the rail-doubters are supposedly costing the region (more than $400 million and 3,500 jobs).

[Update: The source appears to be a 15-year-old report based on an entirely different set of hypotheticals.]

Atkins is concerned by the document. "There's so much in here that are just statements that don't have any basis in any research that I know of," she said. She recalled a 2003 study (available here) commissioned by the City of Eureka and the harbor district that recommended a more measured approach to economic development on the bay -- one that focuses on aquaculture, marine-dependent industrial projects, tourism and marine science.

Atkins said she did attend a few meetings of the community group, "but then when it developed into this port-and-rail, massive mega-structure cheering team, I decided to quit going to the meetings and let them go their own way."

Eureka City Manager David Tyson said he didn't know who actually wrote the resolution, but he said, "I validated [that] it's in the interest of council to have it on the agenda, and I was asked to place it on the agenda by my bosses."