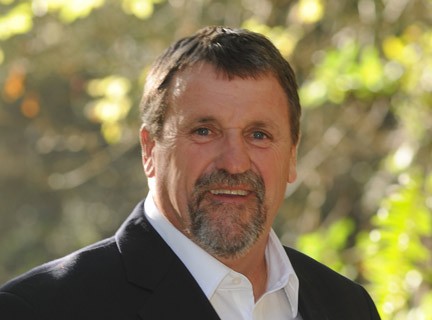 Newly appointed County Supervisor Rex Bohn said Thursday that his only child's arrest on kidnapping, assault and other charges shouldn't interfere with his political duties, and he stressed that he has faith in the system.

"I have full faith in the legal system and law enforcement," Bohn said in a phone interview with the Journal. "Family is what we're all about, and I'll stand by son. Am I happy? No. Is he my son? Yes. That's first and foremost."

Bohn's son Trevor could not be reached immediately for comment. Officers confiscated his phone before he was released on bail last night, his father said. Rex Bohn didn't bail his son out and doesn't know yet what arrangements he's going to make for an attorney.

Bohn was elected in June to represent the county's First Supervsiorial District but was appointed last month to begin his term early in the wake of Jimmy Smith's resignation. Bohn has said he is still working on learning the job and recently expressed interest in getting a clearer explanation of the county's general plan update because it is so complicated and he is new to the board.

Still, he said the arrest should have no impact on his job.

"I know it doesn't affect county business. This is a family matter, but I understand people are going to talk."

Trevor Bohn was one of four men arrested in Fortuna yesterday morning and booked on suspicion of burglary, felony child abuse, kidnapping, assault with a deadly weapon and false imprisonment, according to Fortuna Police. Police say the four broke into an apartment, assaulted adults and children inside with bear pepper spray and tried to kidnap one of them in a dispute over stolen marijuana.

"I am certainly pleased there were no guns involved," Rex Bohn said.

The full press release, posted yesterday on the Fortuna police website, is also below:

On September 19, 2012 at about 10:00 am, officers with the Fortuna Police Department responded to an apartment complex located in the 100 block of 12th Street for a report of a strong odor of pepper spray about the complex.

Upon arrival, officers contacted several subjects who reported that they had just been assaulted by a group of male subjects who had fled the complex in two vehicles.

Moments later, officer located and stopped the involved vehicles and contacted the occupants who were all later arrested.

During the investigation, victims reported that the subjects had forced entry into an apartment and forcibly held two subjects in a bedroom while demanding marijuana that they had allegedly stolen. The suspects then allegedly discharged a canister of bear pepper spray at numerous occupants within the residence including minor children. The subjects then attempted to forcibly remove one of the victims from the apartment.

As a result of the incident a total of ten victims experienced symptoms associated with the pepper spray. City Ambulance responded and transported three adults and two minor children to the hospital where they were treated for moderate injuries.

The following subjects were arrested:

All four subjects were transported to the Humboldt County Correctional Facility and booked on the following charges: