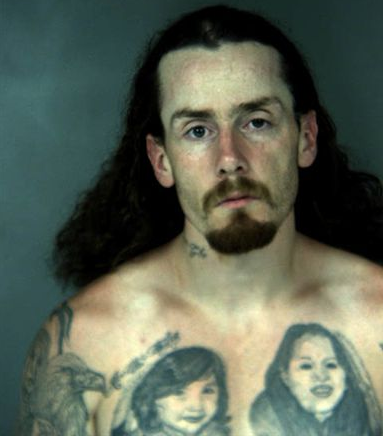 At a Tuesday afternoon press conference, Sheriff Mike Downey announced that the Humboldt County Sheriff's office identified a "person of interest" in custody in relation to last Thursday's hit-and-run incident that claimed the life of HSU professor Suzanne Seemann and injured two other joggers. He's also "of interest" in the recent Hoopa homicide investigation, according to Downey.

Jason Anthony Warren was arrested late afternoon on the day of the accident on earlier assault charges and is being held without the possibility of bail. Downey said no other suspects are currently being sought in the case.

UPDATE: The Times-Standard  is reporting that Warren had already been in custody on assault with a deadly weapon charges but was released on a "Cruz waiver" prior to his Sept. 7 sentencing date. He failed to show, which is why he was out and about on Sept. 27, the day the three joggers were hit.