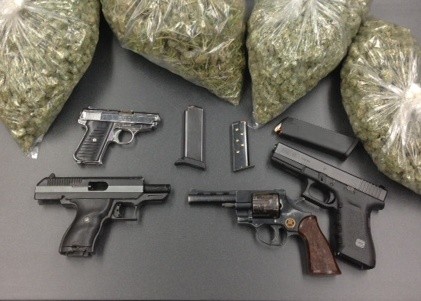 On 10/08/12, at about 1:10 PM, investigators with the Eureka Police Department’s Problem Oriented Policing (POP) and Criminal Investigative Services (CIS) Units served a search warrant on a suspected marijuana grow house on the 2700 block of ‘O’ Street, Eureka.  The warrant was in response to citizen complaints about suspected illegal activity there including commercial marijuana cultivation.  Investigators detained two adult Laotian males and two adult females inside the residence.  Two small children were also present in the home. 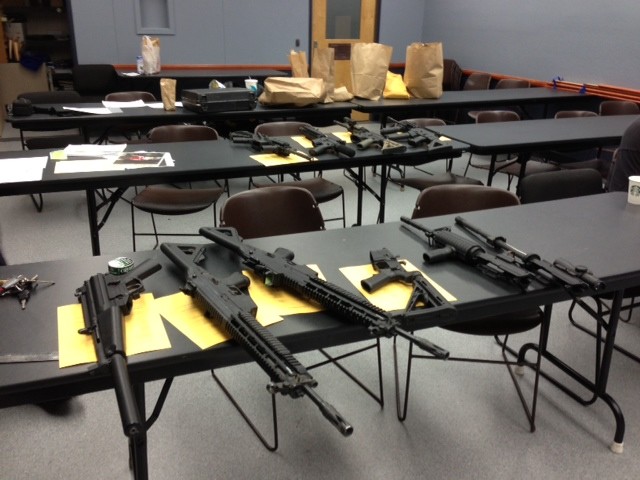 Investigators also located 12 firearms in the residence including 8 assault-style rifles (including AR-15 type .223/5.56mm and .22 LR calibers) and 4 handguns. Two of the handguns were loaded.  Ammunition and numerous detachable magazines for the weapons were found including 3 illegal high-capacity pistol magazines.  A Military issue “Interceptor” body armor vest with ceramic hard armor plates was located with the firearms. Additionally, one of the loaded pistols, Glock 22 (.40 caliber), was found under a mattress in one of the bedrooms that was shared by a child. 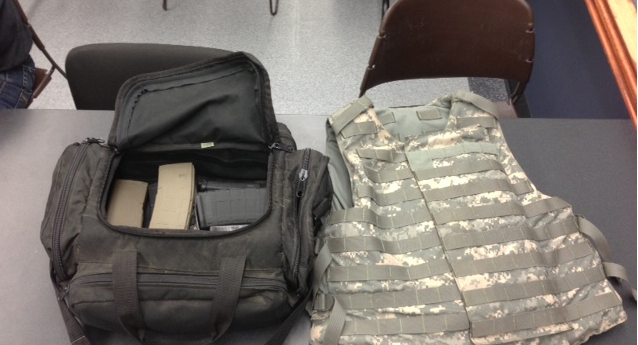 $7,980.00 cash was found in the pockets of the two male residents.  The cash was seized as suspected marijuana sales proceeds.

Officials with the City of Eureka’s Building Department responded to assess safety and code enforcement concerns associated with the indoor marijuana grow.  (The grow was determined to be well-outside the provisions of the City’s Medical Cannabis Ordinance).  Due to electrical/fire hazards (unpermitted/unsafe wiring) that were identified, a PG&E worker was dispatched to cut power to the property.   The POP Unit will also be contacting the property owner and issuing a “Notice and Order” requiring the owner(s) to take corrective action to abate the problem. 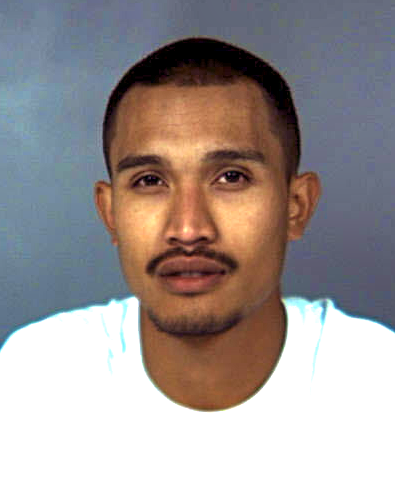 Resident Jeperson Mykham (age 24) was arrested and transported to the Humboldt County Correctional Facility where he was booked for unlawful marijuana cultivation, possession of marijuana for sale, maintaining a place for purpose of selling a controlled substance, possession of an assault weapon, unlawful possession of a high capacity magazine, probation violation, and child endangerment.  At the time of his arrest, Mykhma was on probation for carrying a concealed firearm.

Resident Somchanh Khousinnavong (age 22) was arrested and transported to the Humboldt County Correctional Facility where he was booked for unlawful marijuana cultivation, possession of marijuana for sale, possession of an assault weapon, unlawful possession of a high capacity magazine, and child endangerment.

This investigation is still on-going.  Similar charges are anticipated to be filed by the District Attorney’s Office against the two adult female residents (who were detained and released at the scene to care for their children).