Painting Into The Night 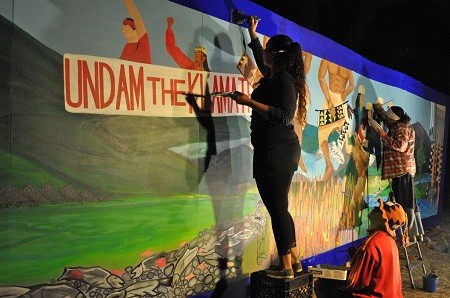 They started in the daytime and painted into the night, light flickering from a campfire merging with spotlights to show their handiwork. And the scene emerging on the large canvas was no surprise: an expression, oft repeated, of the keenest desire of many in our region, including members of local tribes, to see the Klamath River undammed.

The Oct. 6 mural-painting event, in Orleans at the Amayav Market, was hosted by the Klamath Justice Coalition as part of the WaterWrites Mural Project, an effort of the Estria Foundation, a Bay Area public arts organization. The Klamath mural is one of a series being painted around the world, says Nancy Hernandez with the foundation:

"The Klamath mural will be linked with mural projects completed in LA, Oakland, Honolulu, The Philippines, Palestine, and El Salvador." 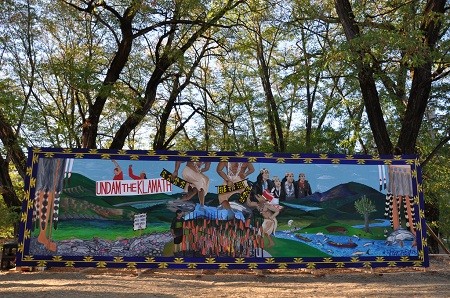 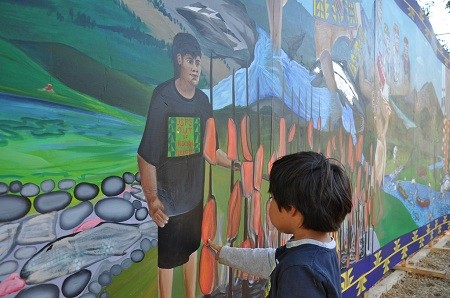