Eureka Inmate Leaps To His Death

Update Jan. 22: The fatal fall brings to 16 the number of inmates who have died in Humboldt County's jail since 2000, according to county sheriff's records. Except for 2001, when four inmates died, the annual death rate has ranged from zero to two. A three-year streak of no deaths at all behind bars ended in 2012, when two inmates died of what were described at the time as natural causes. 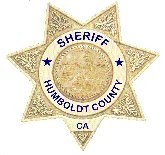 On 01-17-2013, approximately 8:00 a.m. a Humboldt County Correctional Officer witnessed a 56 year old male jump from the second tier in a housing unit in the Correctional Facility. No one was around the inmate when this occurred. Jail medical was immediately notified and life saving efforts were initiated by staff. The Eureka Fire Department and City Ambulance responded and assisted in the life saving efforts. The inmate was transported to a local hospital where he was pronounced deceased by a doctor.