On the Closing of Fieldbrook Market 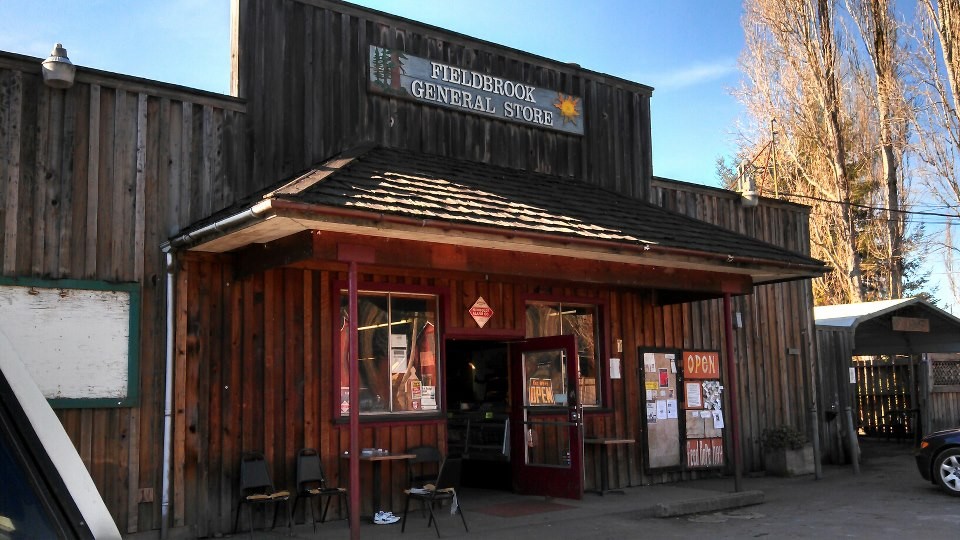 On Friday, the owners of the Fieldbrook Family Market announced via Facebook that the store will be closing Feb. 2.

"We hope to be opening up again soon, but as for now we are reaching uncertain territory with no guarantees," the announcement said, rather cryptically.

Reached by phone this afternoon, owner Richard Seaman politely declined to provide any more details but reiterated that permanent closure "is not a hundred-percent certainty."

I know I'm not alone in my fervent hope that Seaman or someone else will find a way to reopen the adorable little convenience store, because here's the thing about the Fieldbrook Market: It's really an essential part of the community.

For decades it has offered far more than six packs, candy bars and the staples that save residents from another long drive over the hill. The Fieldbrook Market is the gathering place for a community of less than 900 folks spread all over the surrounding hills.

My family moved to Fieldbrook in the summer of 1987, right before I started sixth grade. Back then the store was owned and operated by brothers Ron and Bill Daley, who held onto the place for 34 years before selling it to a young couple back in the early aughts. Seaman took over the business from them in October 2005.

As a kid, the Fieldbrook Market always served as the meeting spot for my friends and me. After making arrangements on the phone, I'd hop on my BMX bike and pedal a bumpy mile down gravelly roads -- always either dusty or muddy -- until I zoomed onto the smooth asphalt of Fieldbrook Road. Another half mile and I was at the store, where I'd prop my bike against the wall and head inside to browse the candy racks. Ten-cent boxes of Lemonheads and Red Hots were often winners, though sometimes I'd splurge and treat myself to an apple fritter.

My first Halloween in Fieldbrook, two of my friends and I dressed up as Hispanic caricatures (our hair spray-died black, mascara mustaches drawn on our upper lips) so we could lip-sync "La Bamba" at a Fieldbrook Grange talent show. (Sadly, I didn't get the Ritchie Valens role; I was the drummer, using chopsticks to ride a hi-hat made from a round, styrofoam pizza box. Ah, the '80s.)

When the three of us walked into Fieldbrook Market, Bill Daley insisted on taking our picture so he could post it on the wall with all the others -- dozens of snapshots of local kids in their costumes, which stayed taped there for months. He and Ron knew just about everyone who walked through the door, and even if they didn't they'd still offer friendly smiles.

Fieldbrook is small enough that residents can pretty much count on bumping into someone they know at the market. I haven't spent nearly as much time there over the past two decades, but I've been back frequently enough to see that it still serves this purpose: It gives Fieldbrook folks the sense that they comprise a community rather than just a smattering of houses in the woods.

Seaman has placed less emphasis on the "store" and more on the gathering spot, booking lots of live music, hosting kids' birthday parties, increasing the offerings at the deli, adding beers on tap and taking out an aisle of merchandise to make room for more tables and chairs. For the past four years the store has been preparing and delivering the school lunches for Fieldbrook Elementary students.

But Seaman said this afternoon that economic times have caught up with him. (Central Kitchen in McKinleyville is set to take over the school lunch production.)

Here's hoping it's not closed for long.