This Base Jumping Cat Didn't Feel Like Being Rescued, Thank You (PHOTO) (UPDATED) (OMG!!!)

Because the internet was invented for sharing cat pics, we bring you "Today in Feline." Only this one's significantly more badass.  Check out this shot taken by Ferndale's Dustin DelBiaggio of local police and fire attempting to assist a seemingly helpless cat down from a telephone pole. A reenactment:

Dude in orange sweatshirt: "No really, you gotta come down."

That's when Super Cat revealed his true self and took to the skies. According to Dustin DelBiaggio, post-jump "the cat seemed fine, it took off running toward the fairgrounds when it landed…"

We salute you, Super Cat. Come back again.

(Click photo to enjoy the reactions of shocked humans in a more zoomed in fashion.) 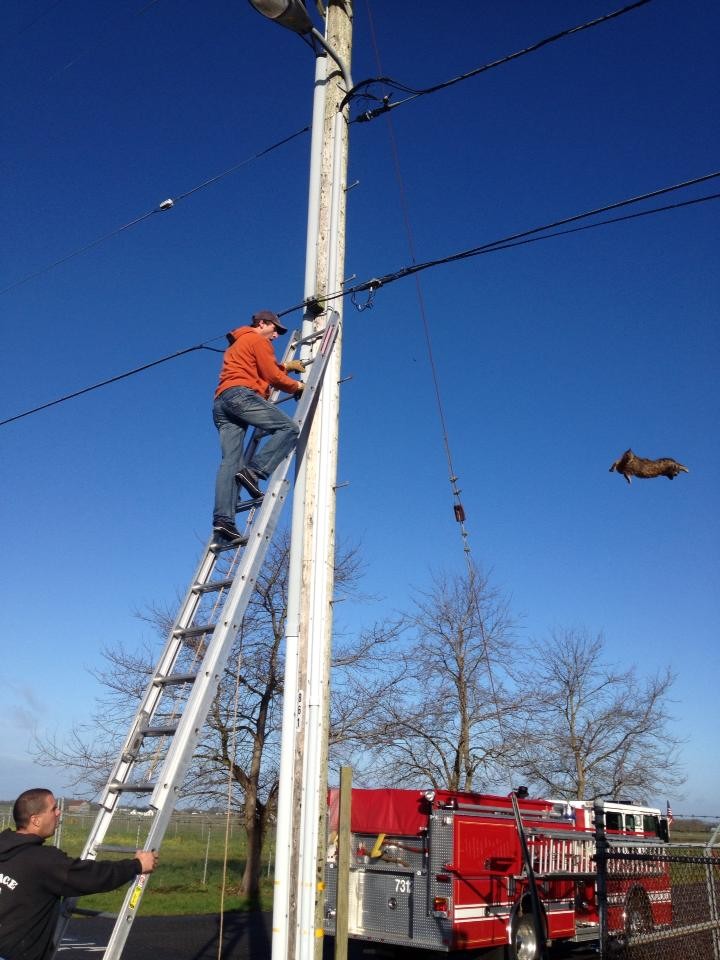 Yes, but what are going to name Ferndale's mysterious flying cat? If you have a suggestion that is better than what we've been going with ("Super Cat"), please leave a comment.

UPDATE 1/29: Newly released photo evidence show's Super Cat before his superfeline transformation. This is the equivalent of snagging a shot of Spiderman AND Peter Parker in the same day. Total amazeballs.