UPDATE 2/13: Well, it would appear as if Kai's 15 minutes aren't up just yet. Last night Kai was again on Jimmy Kimmel Live in what could conceivably be a recurring segment ... Kai's Korner Movie Review. In this first edition, Kai "reviews" the Oscar-nominated Zero Dark Thirty.

(Spoiler alert: he mostly talks about fluoride and chemtrails.)

On the similarities between the man he hatcheted who claimed to be Jesus and the actual Jesus: "There's not so much difference between him and who they sell as Jesus anyway, is there? … He was a fat, rich white guy." 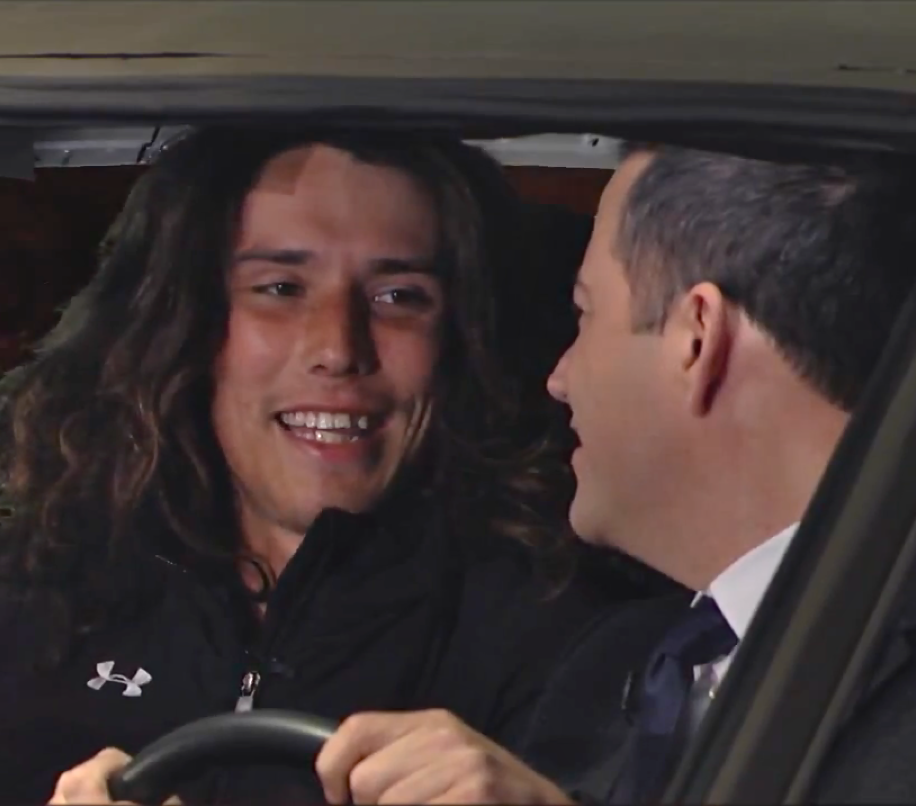 On what people say now when they see him: "They say, 'Hey, you're Kai. You're that dude with the hatchet.'"

On how he planned to build an elaborate tree house with his hatchet: "I'm just a badass motherfucker."

On not wanting/needing a home: "What the hell are you talking about? I am home."

On giving money away: "The quickest way to devalue a currency is to stop believing in it."

On providing for his fellow man: "I jack hella shit from Wal-Mart and Target! I'm talkin' like big grocery carts!"

At the end of interview, Kimmel presented Kai with spankin' new Mini Mal surfboard and a wetsuit for making the trip down to Los Angeles. Will Kai surf off into the sunset? Are his 15 minutes up? Stay tuned, kids, and enjoy the full interview below.

(Oh, one more thing. For all you Kimmel-hating Humboldtians out there, here's the payoff you're going to have to settle with. Following image from Kai's personal Facebook page.) 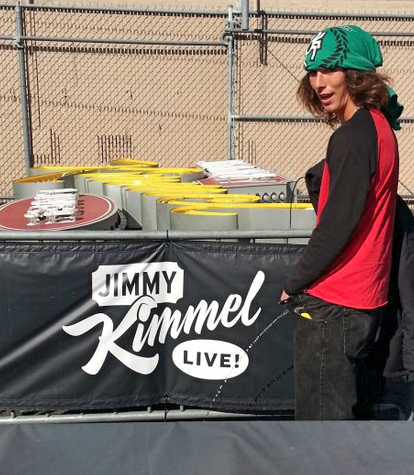