The Yurok Casino Is ON 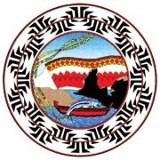 The Yurok Tribe's special election closed yesterday evening and the unofficial results are in: There will be a new casino in Klamath.

Yurok Tribe members voted 61 percent to 39 percent in favor of a proposal by the tribal council to take $9.6 million of a $27.5 million settlement from the United States government and use it to build a hotel-casino on land near existing tribal offices. Another $500,000 will go toward attorneys fees. And the remaining $17.4 million, according to the tribe's election office, will be divvied amongst the 5,000 tribal members thusly:

The settlement came out of a class action suit filed by a dozen tribes in 2006 -- Nez Perce, et al v. Kenneth L. Salazar, et al. Another 30 tribes joined the suit in 2008. They accused the federal government of mismanaging tribal resources and revenues. The total settlement was $1 billion.

Some Yurok Tribe members opposed to the council's proposal said a casino wasn't viable, and they'd prefer the money be distributed evenly to the tribe's members. (See our story in this week's issue.)

Last year, the Hoopa Valley Tribe received its portion -- $49.2 million -- and similarly was divided on how to distribute it. The council wanted to invest some of it into youth and elder programs; many members wanted to split it evenly amongst the people. In the end the Hoopa Tribe's council voted to distribute 65 percent of it to tribal members -- $10,000 apiece -- and then put to a vote what to do with the rest. The people voted for it to be fully distributed to them as well.

Turnout for the Yurok Tribe's election was 56 percent; 1,016 voted for the proposal and 642 against. The election results will be certified Monday.