Parks and Heck (and Roads) 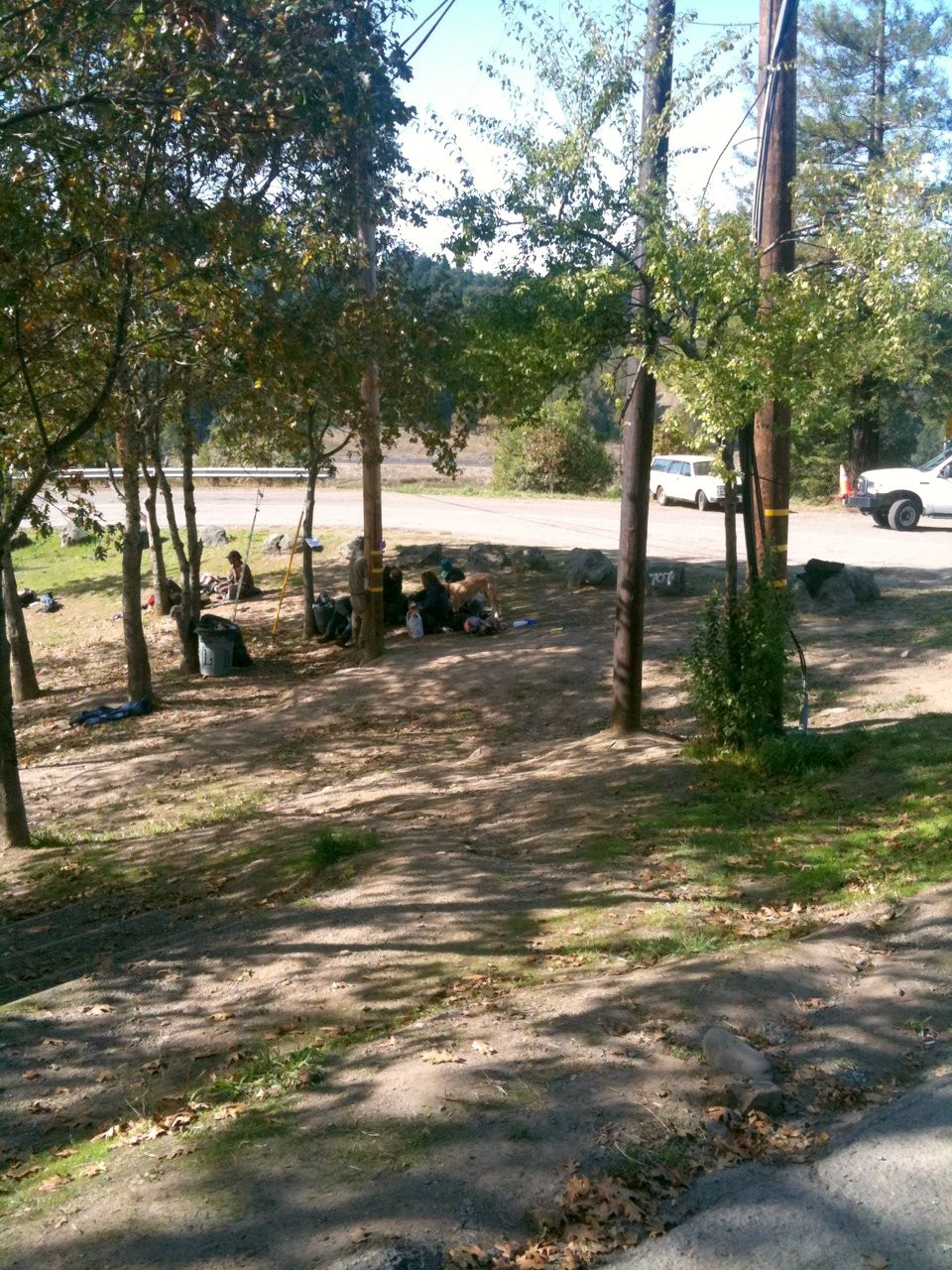 Going to the Board of Supervisors meeting tomorrow? To, perhaps, hear the depressing report on the state of our state's roads and their desperate repair needs?

The report goes county by county, discussing embarrassing things like their PCI (pavement condition index, where a new road rates "100" and a failed road is a "0"). Humboldt County's PCI was 64 in 2012, and according to the report, to bring Humboldt's roads up to snuff in 10 years would requiring pouring $687 million into "pavement needs," $174 million into "essential components" and $119 million into bridges. Yep, our roads need almost a billion dollars.

Take heart: Paul Encimer, one of our devoted outside agitators (he's a Mendo man), is going for possibly a much more lively item: the county public works staff's recommendation to abandon the Jim Demulling Memorial Veterans Grove, a shady triangle of trouble and love (depending on your perspective) between Highway 101 and Redwood Drive in Garberville. Notes Public Works' agenda document:

If the property is vacated, the property can be utilized and managed in a more restrictive manner like other County properties ... Possible restrictions could include hours of operation, as well as limitations on what types of uses are permitted.

The document also says vacating the property makes way for the county to lease or sell the property.

This grassy glade is otherwise known as Peace Park, and it and its constant swirl of homeless denizens have been the subject of community angst -- and waterballoonings -- for many years now. It's on county property. The Veterans of Foreign Wars used to manage it. They got tired of the strain and, eventually, Encimer and his partner, Kathy Epling, took charge. They own Tiger Lily Books, near the park. They also are with Veterans for Peace, and Encimer says the county signed an agreement allowing them to manage the park. For about two and a half years, said Encimer in a call to the Journal today, they've been keeping the place picked up. And, he says, they didn't hear a peep from Public Works about this vacating business. He heard about it on KMUD radio.

The public works proposal says the county's been peppered with complaints about litter, camping, drug and alcohol use, urinating and defecating. It lays out the dilemma:

But, it continues, a Sheriff's deputy was hurt in a scrape there recently. And multiple meetings, it says, have yielded no community consensus.

Encimer and Epling, they like the travelers, the people in the woods. And Encimer is especially incensed that after all the meetings and involvement of the community, this final proposal has wound up on the consent agenda without a public hashing.

"It's a very controversial issue," said Encimer. "Tomorrow, I'm going to go down there and ask them to put it into a discussion. What we need, as the capitalists say, is a level playing field. And I'm a capitalist."