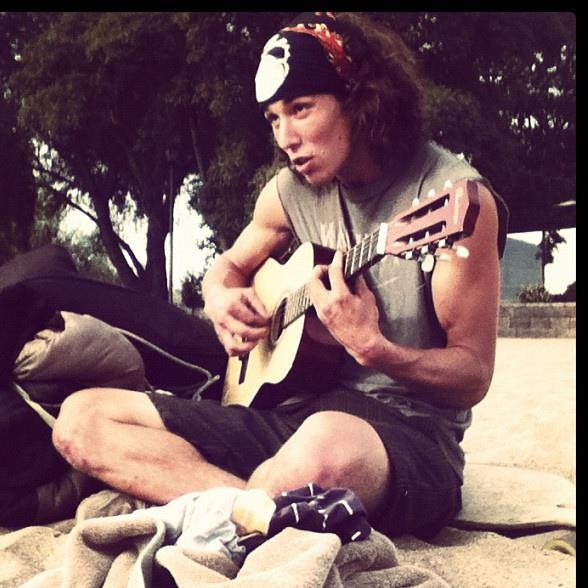 Update: Kai has been arrested, the Associated Press reports.

The "homefree" hitchhiker known as Kai (real name Caleb Lawrence McGillvary) is reportedly wanted for murder in New Jersey. According to news reports McGillvary is being sought in connection with the death of 73-year-old New Jersey attorney Joseph Galfy Jr.

McGillvary, who lists his home as Eureka on Facebook, shot to fame in February after giving an amusingly manic TV interview describing how he'd used a hatchet to save three people from a driver with a Christ complex.

He described his childhood as abusive in a recent Facebook post, and on Tuesday, the same day Galfy's body was discovered, McGillvary suggested in another post that he had been drugged and sexually assaulted the previous night.

Kimmel Picks Up On Kai