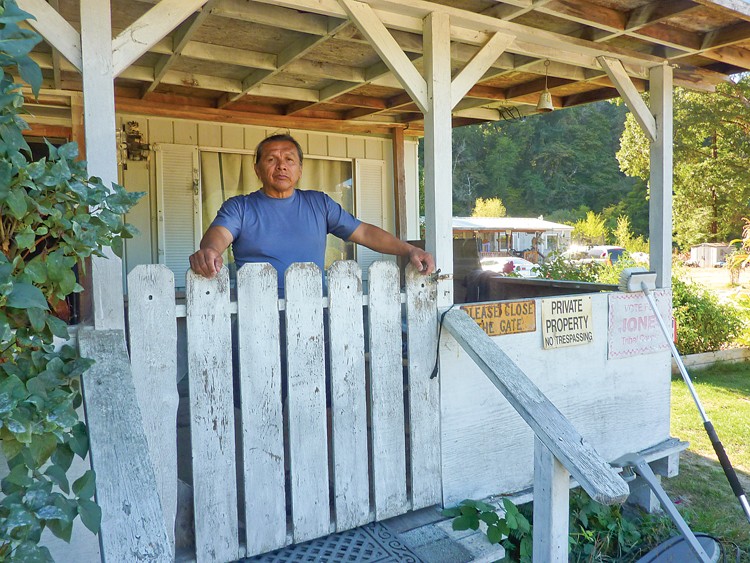 You may remember the plight -- or comeuppance, some would say -- of Arthur ("Arty") Pliny Jones, the convicted drug felon and Hoopa Valley Tribal member whom the tribe's council last year voted to banish from the reservation. In fact -- quick update -- Jones' banishment has not yet been enforced; he appealed the decision, and final arguments were made in a hearing before a three-judge tribal court panel last month, according to the Two Rivers Tribune. Now, said his daughter Leilani Pole by phone earlier today, they're just waiting for the court to hand down its order.

Meanwhile, according to another TRT report, tribal chairman Leonard ("Elrod") Masten is pushing for more banishments -– this time of all registered sex offenders living on the reservation who are not members of the tribe. Notes the TRT:

Under Title 5 of the tribe's tribal code, the council can exclude anyone from the reservation for a number of offenses, ranging from "repeated commission of a crime or breach of peace as defined by Tribal, State or Federal laws" to "unauthorized entry into Tribal or individual land for any purpose," to name a couple.

Masten, who was voted in as chairman in 2009, had promised in his campaign that he'd crack down on the unsavory elements in the Hoopa Valley. Now he seems to be ramping up that effort in the last days of his rule -- later this month, in their general election, tribal members will vote for their new chairman, either Danielle Vigil-Masten or Ryan Jackson.

"After the general election," said Pole, "I think [the banishments] will just get dropped." Enforcement would be difficult, she said. And where would the banishments stop? She speculated that, since her dad was voted off the reservation, there've been dozens of others busted for drugs and other crimes.