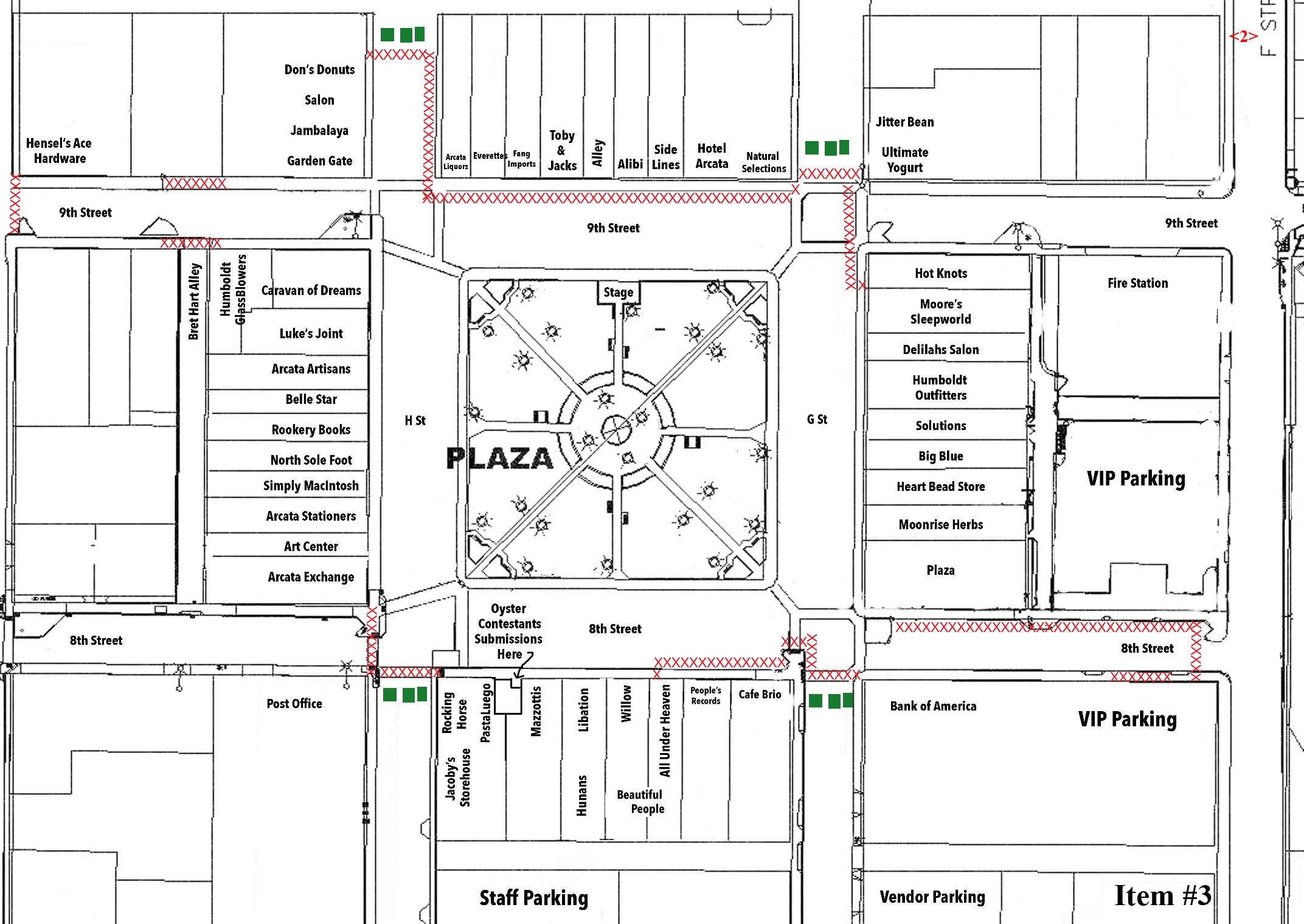 It’s a go. The Arcata City Council gave the thumbs up tonight for fencing around the Arcata Plaza for this month’s Oyster Festival, which will cost $10 for adults to enter. Mayor Shane Brinton was the only councilmember to vote against the fence, saying blocking off and charging to enter the plaza was “inappropriate.”

“I say it with no ill will, but this is our downtown commons,” Brinton said.

It’s not just the plaza’s inner sanctum that will be fenced off. The six-foot cyclone fences will extend to the edges of many of the plaza’s surrounding buildings, meaning only paying festivalgoers will be able to access the businesses (see the picture above). This is with the apparent blessing of the business owners. Those who disagreed with the plan were excluded from the fenced-off zone.

The plaza’s north side -- populated by bars and a few storefronts -- is outside the fence, along with several businesses on the southeast and northeast corners of the plaza.

There’s still some uncertainty about where the oyster border will lie on Ninth street between H and I streets. The owners of Humboldt Glassblowers -- located on that stretch -- were negotiating with festival organizer Jen Koopman following tonight’s agenda item.

At first, the outcome of tonight’s meeting seemed uncertain. Councilwoman Susan Ornelas lamented the late notice of the plan, saying she hadn’t seen the map of proposed fencing until today.

“I feel like we’re being put on the spot here and we don’t have a lot of options,” she said.

Public meeting enthusiast Kent Sawatzky said he was concerned about the last minute changes as well.

No one was quite as surly as Luke’s Joint proprietor Luke Patterson, who spent his three-minute public comment period asking questions about the fencing, before sitting down next to Koopman and glaring at her, then leaving the meeting. Patterson plans to hold a competing festival that same day.

Several people spoke in favor of the plan, and Police Chief Tom Chapman said he expects it will be the safest Oyster Fest in years.

So the fences will stand. Koopman said after the meeting that she was relieved by the council’s decision.