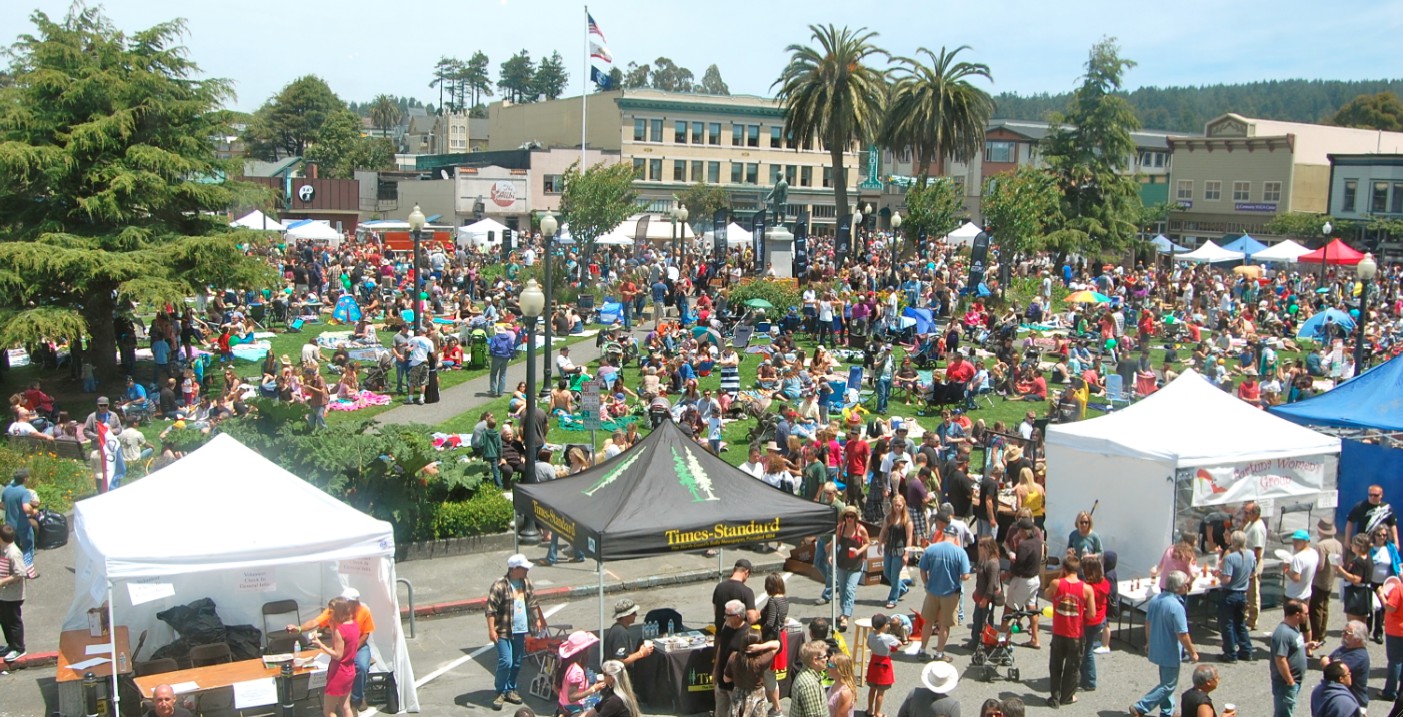 Attendance numbers are still an open question for tomorrow’s Oyster Fest on the Arcata Plaza, but when it comes to community engagement, this sucker’s already a blockbuster.

Ever since the Journal's Bob Doran broke news of this year’s $10 admission fee, the community has been atwitter (and, uh, Twittering, Facebooking, etc.) with opinions, questions, concerns and rants. Now, less than 24 hours before the controversial gates open, things have reached a fever pitch.

Over at the Arcata Eye, Kevin Hoover outlines the latest attacks in the all-out war against the "OysterFence" being waged by Arcata restaurateur/provocateur Luke Patterson. He and his attorney, Chris Hamer, are threatening to apply for a temporary restraining order in the hopes of blocking the proposed fence around the Plaza.

More troublingly, Patterson personally delivered a rather sinister greeting card to Arcata Main Street Director Jennifer Koopman. The card depicts an illustrated rodent dressed as a trench coat flasher and, inside, Patterson makes a confusing reference to rape. "Vermin like sex too," reads the front of the card," and inside the sentiment continues, "...but nonconsensual sex is called something else... ."

Meanwhile, on Facebook, journalist/activist/Journal associate Travis Turner reacted to Patterson’s latest antics by announcing that he’s boycotting Luke’s Joint and The Other Place (Patterson’s restaurants) and encouraging others to do the same. “Being a bully may be cool on the East Coast dude, not here,” Turner writes. Two former employees of Patterson's also weigh in, along with a host of community members.

Looking for a theological/geopolitical perspective? You’re in luck! Today’s Times-Standard features an opinion piece from Reverend Eric Duff, in which he compares our fulminating food fest fracas to the massive anti-government protests in Istanbul (!) and suggests that Arcata’s soul is at stake (!!) with tomorrow’s mollusk party.


If all this bivalve bloviating strikes you as a bit excessive, head back over to the Eye and read Hoover’s lengthy and well-reasoned argument for giving the new festival features a fair shake.