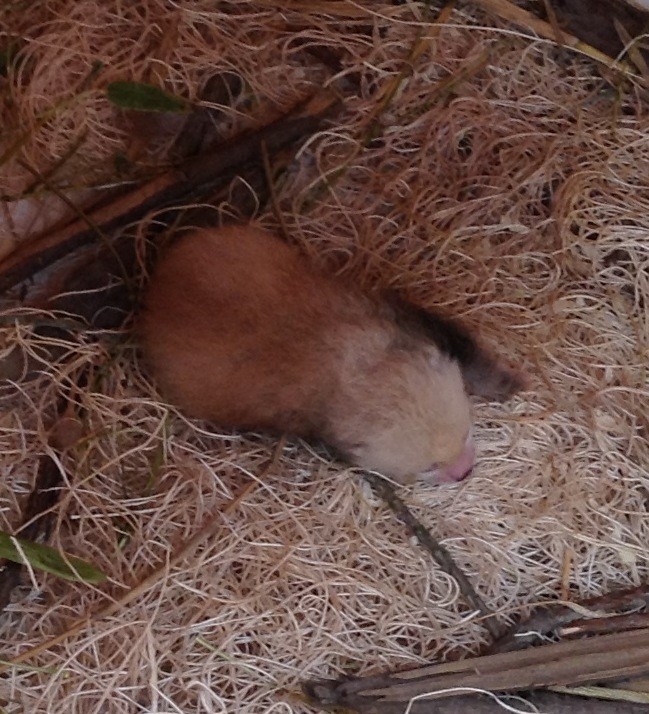 Aw. It was a very special Father’s Day for one local couple, Sumo and Stella Luna, who welcomed their first child into the world on Sunday. And this was a furry one. Stella Luna and Sumo are the red pandas at Sequoia Park Zoo.

The four-ounce girl cub was the first red panda born at zoo, and zoo staff have been preparing for her arrival since shortly after mom and dad were introduced on Valentine’s Day.

Zoo visitors can’t see the cub right now, but a video feed of the inside of the red panda’s den should be coming in the next two to three weeks.

View the full press release below.

June 19, 2013, Eureka, CA— Zoo staff are proud to announce the first birth of a Red panda at Sequoia Park Zoo. The anticipated event occurred this past Sunday, making a very special Father’s Day for our male panda and first time father, Sumo.

Sumo and his mate, Stella Luna, were introduced to each other in February and it was obvious from the minute they met that the two were a good match. Right on schedule, a female cub was born four months after their Valentine’s Day introduction. The furry, peach colored baby panda weighs 4 ounces and will remain inside the den with mom for up to 12 weeks, but may occasionally be seen as she carries it to other den sites in the exhibit.

This pairing was recommended by the Red Panda Species Survival Plan, a cooperative zoo breeding program that ensures the sustainability of a healthy, genetically diverse, and demographically varied population. Red pandas can have up to four cubs per litter, the average being two.

Animal care staff have been carefully preparing for the birth to ensure the comfort and safety of mom and cubs. Extra denning sites were created to give her plenty of choices, and a remote camera system was installed to allow zookeepers around-the-clock monitoring without disturbing the family. “We are very pleased with how she is behaving so far with the cub — she is calm and attentive, but relaxed enough to leave the den to eat bamboo,” said Amanda Auston, Animal Care Supervisor.

Zoo veterinarian, Dr. Kevin Silver conducted a well-baby check and regular exams will be important for the next several weeks, as newborn pandas are susceptible to high infant mortality rates until a few months old.

Although visitors cannot view the cub directly at this time, video of the den interior will be viewable at the zoo in 2-3 weeks. The cub should be active enough in early September to start venturing out onto exhibit.

Sequoia Park Zoo inspires conservation of the natural world by instilling wonder, respect and passion for wildlife. Established in 1907, Sequoia Park Zoo is the oldest Zoo in California and one of the smallest accredited zoos in the country. Sequoia Park Zoo is located at 3414 W St. in Eureka. For more information visit: www.sequoiaparkzoo.net.