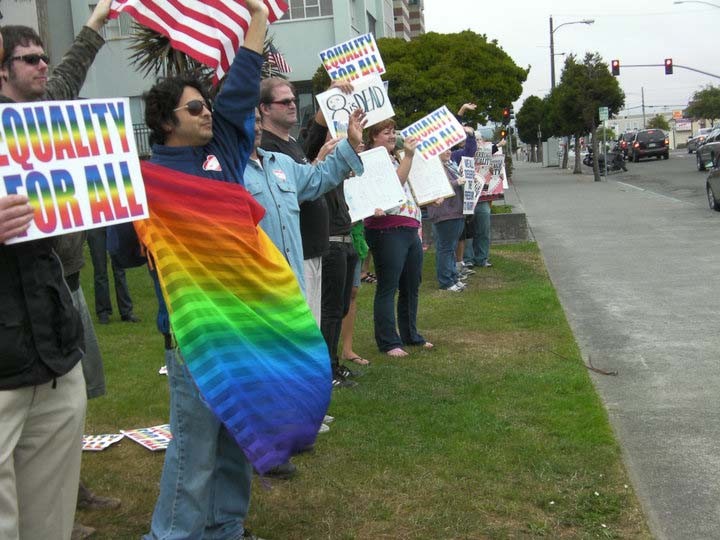 The U.S. Supreme Court announced this morning a pair of rulings that thrilled gay marriage advocates in California and around the nation.

Justices declined an appeal from supporters of Proposition 8 — which banned gay marriage in California after passing in 2008 — essentially upholding a 2010 ruling by a federal judge that found the law unconstitutional. It may take a few weeks, but Gov. Jerry Brown has told counties to plan to issue same-sex marriage licenses when federal and state rulings are finalized.

The court also threw out parts of the Defense of Marriage Act, which limited federal benefits for same-sex couples, even in states where they were legally married.

The LA Times has good coverage of the rulings and reactions here.

What do you think? Anyone out there starting wedding plans? Anyone been hurt by DOMA? Let us know in the comments.

Oh, and for those of you celebrating the decisions, get your party on tonight at 6 p.m. at the Humboldt County Courthouse or the Arcata Plaza. You might want to bring an umbrella.