Catch a Glimpse of the Baby Red Panda 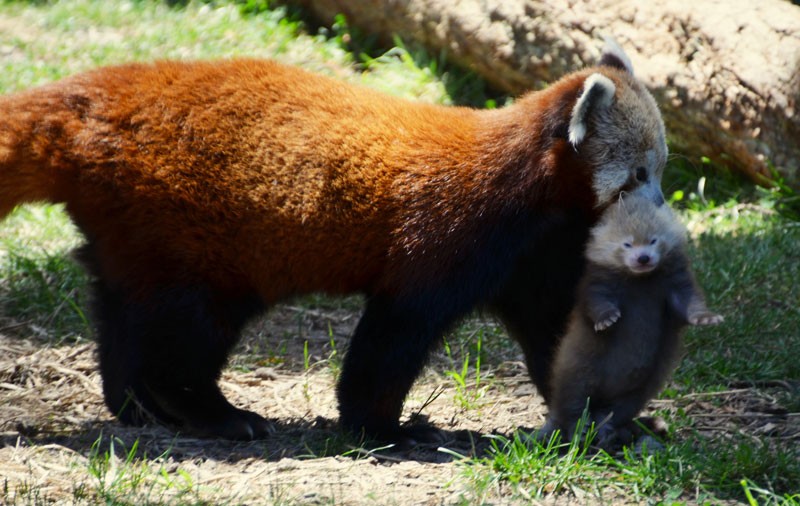 She doesn't even have a name yet, but she's already been on television. The closed-circuit cameras and monitors are up and running at the Sequoia Park Zoo, so zoo visitors can see inside the den of the new red panda cub. The four-week old cub is healthy and growing steadily. 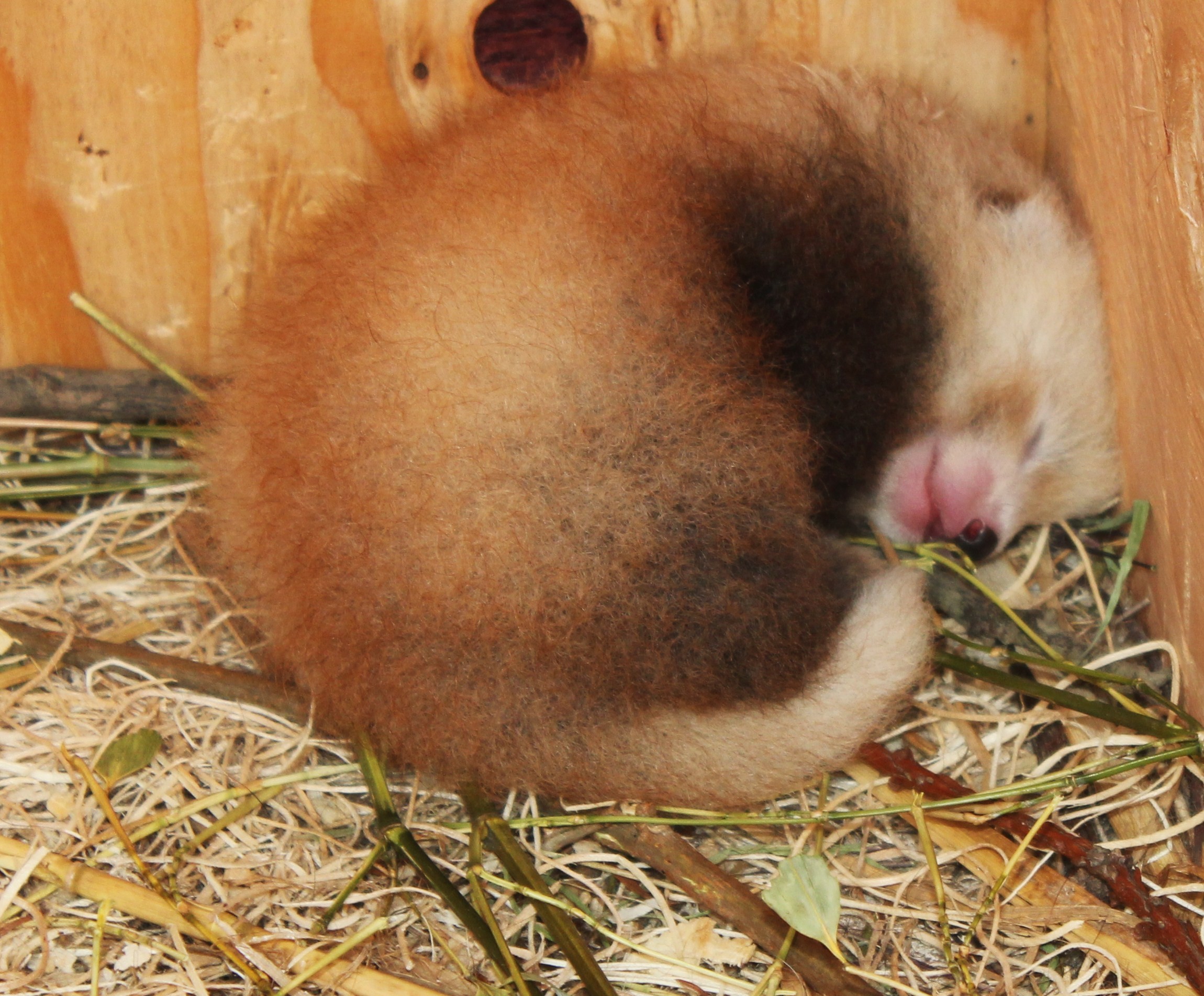 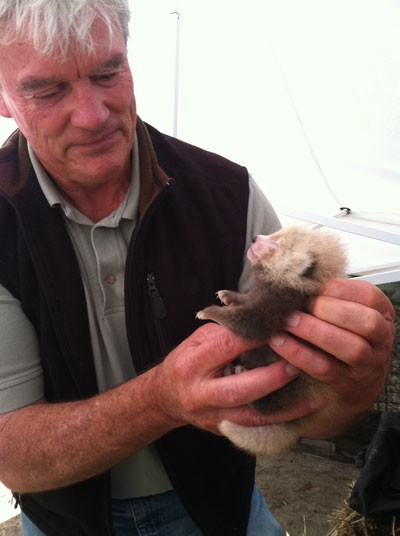 July 16, 2013, Eureka, CA— The recently born Red panda cub continues to grow and thrive at Sequoia Park Zoo. Visitors to the zoo can catch a glimpse of the female cub via a closed-circuit monitor just inside the Barnyard area.

At nearly four weeks old, the cub is not yet mobile, but her eyes are just beginning to open. Zoo veterinarian Dr. Kevin Silver examined the cub briefly while mom was out eating bamboo, and found her to be healthy and strong. “She has gained weight steadily since birth, and mom is doing a great job nursing and grooming her,” he said.

Last week a handful of lucky visitors were watching when Stella Luna brought her cub out of the den for the first time. She carried her around for a few minutes and even nursed her on exhibit. She returned the cub to one of the dens again after about five minutes, cutting the debut short. Red panda mothers typically move their cubs to new dens frequently during the first three months after birth. The baby won’t be out exploring the exhibit on her own until later in August.

Zoo officials will be announcing plans for naming the cub soon.