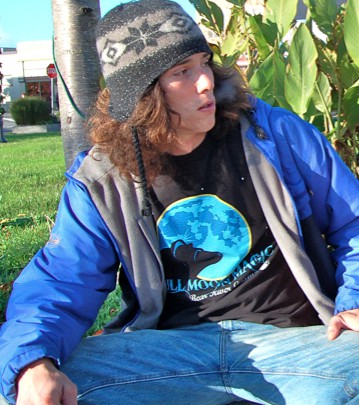 Kai tried to kill himself yesterday in a New Jersey jail where he's being held on murder charges, Gawker reports. He was hospitalized with non-life threatening injuries. Kai -- born Caleb McGillivary -- was arrested in May after police found a 73-year-old New Jersey lawyer Joseph Galfy dead in his home. The two reportedly met by chance in Times Square before returning to Galfy's home.

An Arcata Plaza habitué, Kai rocketed to Internet fame after he stopped an attack on a PG&E worker in February. He has pleaded not guilty to the murder charge.