Goodbye to the Albee Stadium Eucs

Each separated  limb dropped with a resounding clunk onto the coned-off sidewalk. The air smelled like menthol, and alongside the track the rest of the felled giants lay side by side. 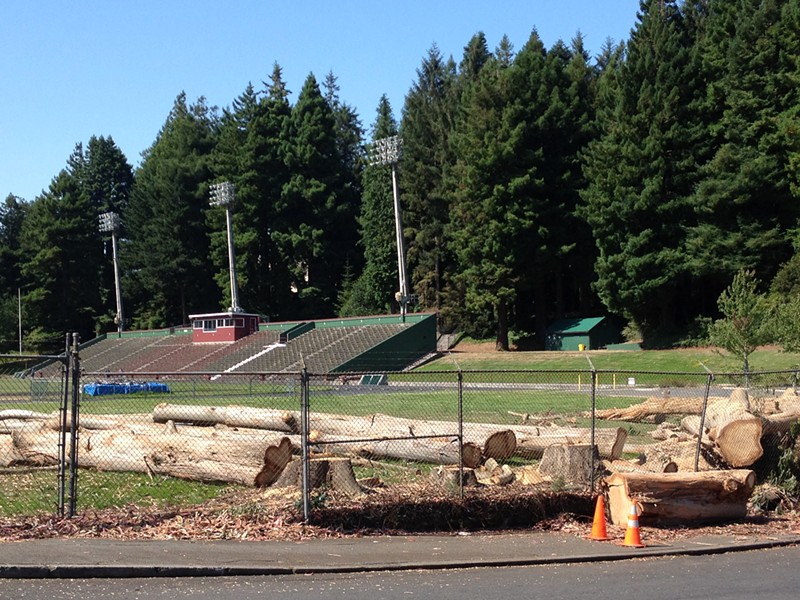 Bruce Young, the City of Eureka's public works director, says that Eureka High's maintenance director had alerted the city that the trees would be coming down.
"The trees had reached a maturity level where they are at a high risk of failure," Young said by phone this afternoon. "A couple of big branches fell during football games. So the school determined they should take the trees down."