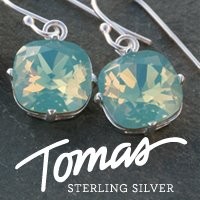 Arcata jewelry company Tomas laid off 19 people from its Arcata offices today — part of a 25 percent reduction of the company’s U.S. workforce.

Reached this afternoon, CEO Chris Albright said it was a difficult choice regarding a “simple” problem. “It’s about a decline in sales,” he said. “Some way we had to reduce our expenses to continue to be a healthy, sustainable business.”

The permanent employees were fired immediately and paid through Friday, Albright said.

Tomas, founded in Arcata by Tom Perrett 29 years ago, doesn’t make jewelry in the U.S., Albright said. Until today, it employed 89 workers at its campuses in Chicago, Arcata and Arkansas.

The Arcata campus housed business offices, shipping and some “carding” — attaching jewelry to cardboard backings for sale. Albright didn’t go into specifics, but said employees were laid off from a variety of positions.

Albright said Tomas owner Perrett hadn’t been involved in the day-to-day operations of the business for several years, and while Albright had been in touch with Perrett, the decision was his completely his own.

“We’re extremely thankful for the hard work and dedication of the people that we have and that’s what’s made this so difficult,” Albright said.

Tomas made the Times-Standard when it laid off 87 employees in 2005.