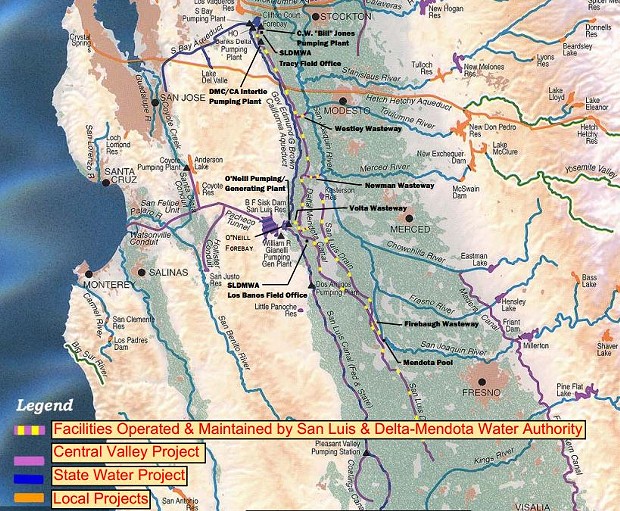 Irrigators in the San Joaquin Valley filed suit this week to block a recent decision to increase water flows down the Trinity River.

The San Luis & Delta-Mendota Water Authority — a collection of water agencies the operates in from as far north as Stockton down to Fresno — said in its filing that valley farmers are being neglected this year, according to the Associated Press.

The authority also argues that the Bureau of Reclamation, which approved the extra release from Trinity Reservoir to reduce the likelihood of a fish kill, doesn't have the legal authority to deliver water downstream.

“It is unthinkable that the Defendants would unlawfully, release water … to the ocean instead of delivering that supply to water users who desperately need it,” the lawsuit reads.

The suit calls for a permanent injunction that would prevent the Bureau from releasing extra water downstream. California Water Impact Network spokesman Tom Stokely said federal judge Anthony Ishii will hear the case — though it’s unclear if that will happen by the time increased flows begin on Aug. 13.

The Hoopa Valley Tribe joined the fight as well, filing an intervention to be named as a co-defendant of the Bureau.

Stokely said the tribe was “instrumental” in defending the government’s 2000 record of decision to increase flows.