Power Outage at College of the Redwoods 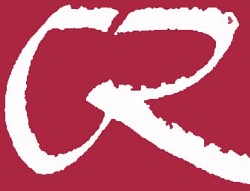 Update: The power went back on 1:45 p.m. Classes from 2 p.m. and later will continue as scheduled.

Original post:
Class is cancelled from 11:30 a.m. to 2 p.m. at the main campus of College of the Redwoods today, due to an electrical problem that occurred this morning. Power went out in several buildings, and order to correct the problem, power will have to be turned off throughout the campus.

Power is out in several buildings at College of the Redwoods Eureka main campus. A electrical problem occurred at approximately 7:15 a.m. Wednesday, August 28.

All classes being held between 10 a.m. and 11:30 a.m. in all other buildings still with power are still being held.

The website is also down so online classes will not be available during this time.

The college will issue an update on the power staus at 2 p.m. via the CR Facebook page and students’ email.