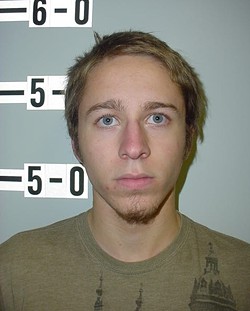 The suspects in Sunday's crossbow shootings, which left one man dead and another injured on the Samoa peninsula, have been detained.

Here's the press release from the Humboldt County Sheriff's Office:

On 09-09-13, approximately 3:15 p.m. both suspects in the below case were taken into custody. The Humboldt County Sheriff’s Office received a call from citizens who reported a possible sighting of the suspects in the area of the “Friends of the Dunes”. A California Highway Patrol helicopter along with the Sheriff’s Office Special Weapons And Tactics (S.W.A.T.) team and Sheriff’s Detectives responded to the scene. The helicopter spotted the suspects and ordered them to surrender which they did. The S.W.A.T. Team was directed to the suspects by the helicopter. The SWAT Team took them into custody without incident. The suspects were unarmed.