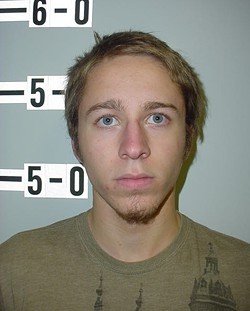 Sheriff's Office investigators found two crossbows near the site of the Sept. 8 attack on the Samoa peninsula, which left one man dead and another injured. Phoenix Triton King, whose 21st birthday is today, was arrested for the crime on Monday, along with an unidentified 16-year-old girl.

On Wednesday September 11, 2013 at about 2:30 PM, investigators from the Humboldt County Sheriff’s Office returned to the incident location of this homicide. Investigators returned to search for the missing crossbows that were alleged to be used in this incident. Investigators were able to locate two separate crossbows that are believed to be used in this homicide investigation. The crossbows were found about 150 yards from where the deceased victim was located. The crossbows were found in a heavily brush/wooded area and were in a condition as if they were discarded. They make/model/type of crossbow is not being released.