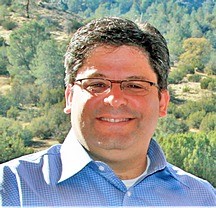 Update: Panos issued a press release  addressing his resignation, writing in it, “I have enjoyed working with the Council and senior leadership team. The City of Eureka has embarked on a new strategy with a reenergized organization.”

Bill Panos — who was hired as Eureka's city manager last November — has submitted a letter of resignation, the Lost Coast Outpost reports.

Panos' most high-profile task was hiring a chief of police to replace Murl Harpham. That hasn't been a particularly smooth process.

The Journal profiled the incoming city manager at the beginning of this year. Panos didn't immediately return a phone call placed this morning.