On 9/17/13, at about 8:00 AM, Eureka Police Department officers were dispatched to a construction site along the waterfront between H and I Streets after construction workers reported uncovering two World War II era artillery shells. The shells were located in separate dirt piles within the construction site.

After confirming the presence of possible undetonated artillery shells, officers established a wide perimeter around the construction site and evacuated neighboring businesses and residences as a precautionary measure. Assistance from the Humboldt County Sheriff’s Office Bomb Squad was also requested.

The origin of the artillery shells and how they came to be buried at the construction site is unknown at this time.

The Times-Standard is reporting that parts of Old Town have been closed off and evacuated after construction workers discovered what appears to be World War II-era ordnance on the waterfront.

The bomb squad has been called in to deal with the ammunition. The evacuation did not reach as far as the Journal's offices at Third and F streets and the Old Town farmers market is still going. 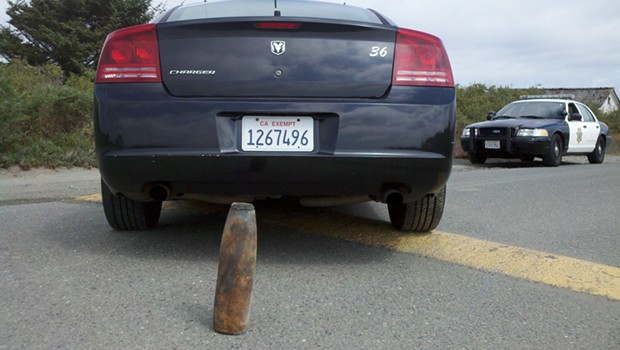