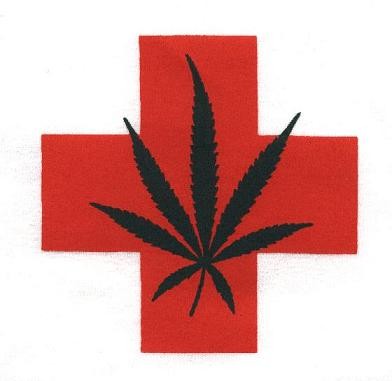 UPDATE: Scratch all that. Eureka City Councilmember Linda Atkins just called to let us know that the meeting is indeed canceled, as had been rumored and (we were told) debunked earlier today.

What the heck is going on? "Hiccups and miscommunications and things," Atkins said. Criminy. Who's running this city?

With less than two days' notice, the City of Eureka looks poised to ban all medical marijuana operations within its borders. Yesterday afternoon, city staff sent out an agenda for a special meeting of the city council, scheduled for tomorrow at 5 p.m. The sole purpose of the meeting is to pass, without reading, an ordinance that would "disallow Medical Cannabis Cooperatives and Collectives and Mobile Medical Cannabis Dispensaries" within city limits.


Three years ago, a city council with a decidedly different makeup adopted a medical cannabis ordinance, which was then modified in May 2011. That ordinance allowed up to four dispensaries in city limits. But the current council has been kicking the bong down the road, in part due to federal crackdowns and threatening letters from Melinda Haag, the U.S. Attorney for the Northern District of California. Almost a year ago the council unanimously passed an "interim urgency ordinance" extending a moratorium on all dispensaries, ostensibly to study zoning issues.

Eureka Councilmember Linda Atkins seemed a bit dumbfounded by the development. She posted the following message on her Facebook page earlier today:

We spent many months drafting and refining an ordinance that would allow people to purchase medical cannabis from legal sources in our town. Now, even after the California Supreme Court ruled that cities have the right to regulate medical cannabis and the DOJ has specifically mentioned local ordinances regulating medical cannabis as being a step in the right direction in keeping criminals from profiting from the sale of medical cannabis, the City of Eureka has a ban on a Special Meeting Agenda.

How does this happen? We had not one negative testimony from the public during our consideration of the ordinance. Please come and let your Council know how you feel about this.


The whole affair seems a bit disorganized. Less than an hour ago Atkins said via Facebook that the meeting had been cancelled. Contacted by the Journal, the city's executive assistant, Suzanne Ziemer, said she'd heard the same thing but needed to look into it. She called back later to say that the meeting is indeed still on but explained that the text of the proposed ordinance is still being hammered out. It won't be available until tomorrow morning.

What's the rush? Atkins said that the city's moratorium is scheduled to expire in November. "But that's November," she said, clearly baffled.