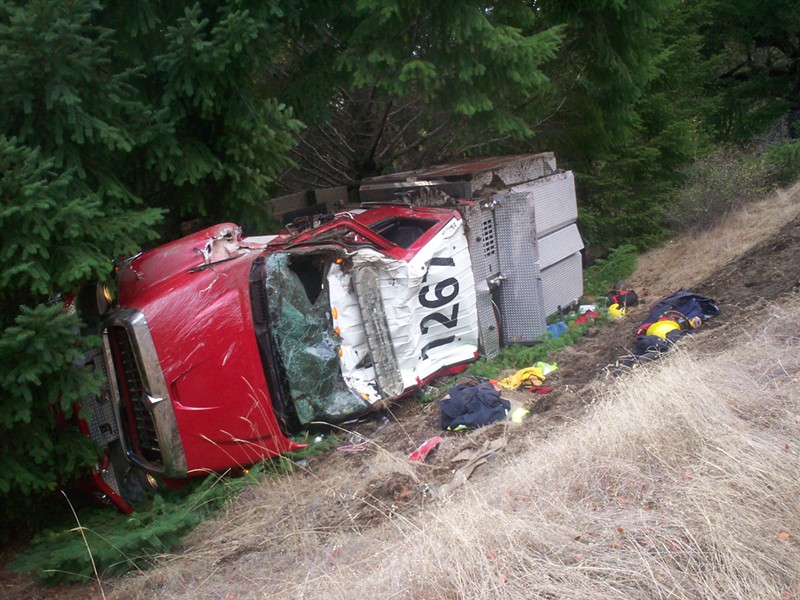 Cal Fire Engine 1267 overturned while navigating a steep curve just above Old Hindley Ranch road, near Honeydew this afternoon. Division Chief Charles Hanes said that at this time the cause of the accident was unknown, although brake failure seems likely. Three Cal Fire personnel were transported by ambulance to Redwood Memorial Hospital with minor injuries. Hanes says that the crew was fine, just "shaken up."

Engine 1267 belongs to the Mattole Station and was one of several engines that responded to a fire on Landregren Road. The fire began around 2:30 p.m. Local residents reported that the flames were "almost burning up the solar panels" on the hill above their house, and that they saw wildlife running for safety. The fire was promptly extinguished with the aid of a helitack crew which doused it with fire retardant. Ian Sigmund of the Honeydew Volunteer Fire Department served as Incident Commander. Several HVFD crew members also responded to direct traffic around the site of where the engine overturned.