September 30, 2013
1 comment
When the Klamath River's mouth goes south, like it did late this summer, it can make for a wild ride, says Sara Borok, a state fish and wildlife biologist. Instead of dashing straight into the ocean as it does when the mouth opens on the north end of the spit, the river cuts a channel that runs long and narrow parallel to the ocean before emptying into it. This narrow channel is highly vulnerable to changing river flows — it opens here, then nearly closes, then opens over there. It makes everyone crazy. 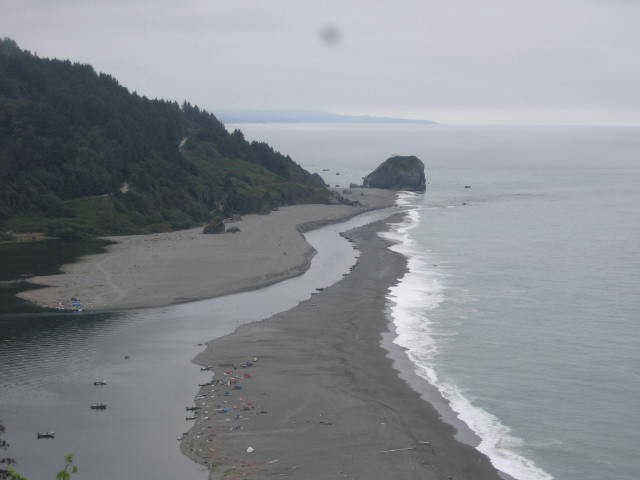 Low flows — like in early August and off and on last month, when it was around 2,800 cfs — the narrow spit begins silting shut, the river trickles over the spit, and the fish — we're mainly talking fall-run Chinook — bunch up at the ocean door waiting for the water to rise so they can come in. The fishermen, meanwhile, complain about the "slow bite."

High flows — as happened in late August with higher flows from the Trinity River, and during September's full moon high tides, with flows between 3,600 cfs and 3,800 cfs — everyone pushes in like a Wal-Mart sale door-rush. The fish crowd upstream to do their spawn thing, and fishermen line the easy-pickin's channel to haul in a winter's worth of suppers.

Very high flows — like today, with the river at a whopping 22,800 cfs as of midday, and climbing, following the weekend's rain dump — the fishermen cry their eyes out up on the highway. The RV parks are flooded, the boat ramps are flooded, the roads down to the mouth are flooded. And the big fish swarm in and slip unhindered up the thick, concealing river. 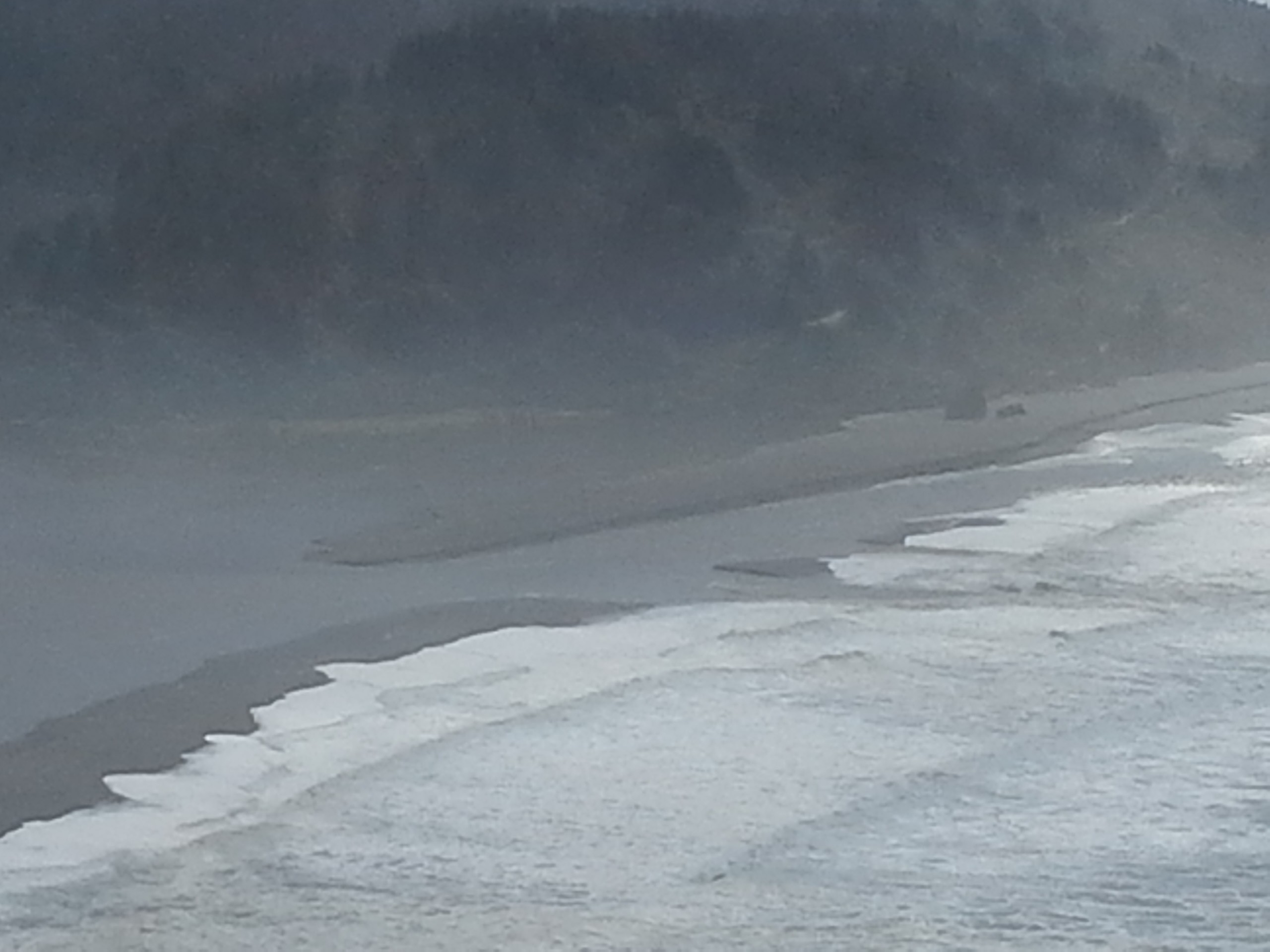 "The water is high all the way up the river," says Borok.

She thinks these super high flows likely will cut a nice, deep channel and the mouth will stay in the middle of the spit, and open, for the rest of the season. And she says there are probably at least 100,000 of the 272,000 expected Chinook yet to enter the river.

So no more cryin'.

(To witness one moment of this crazy, see our Sept. 5 story about combat fishing at the mouth.)